On the Precipice of Six 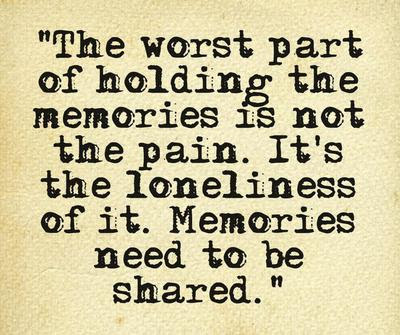 Well, aren't we all in the thick of things this Monday morning? I certainly am.

I can report that the dog is now up to date on her shots. I took her first thing Saturday morning, & the whole experience was pleasant. We didn't have to wait long, & no one vomited on me while at the vet's office. My dad had to be in California for work last week, & so while I was in the vet's waiting room he was texting me pictures of him & my mom on Rodeo Drive; while that normally would've been a downer given I was drinking the morning's first cup of coffee while covered with pet hair, I flashed back to the previous attempt to get the dog her shots & felt content.

Also fueling feelings of contentedness & creating a general aura of peace in which I hope to bask for the remainder of this week is the scent of my brand new Frye purse. If you see me & want to smell the purse, just ask. If you see me & I look tired or disheveled or my pants are unzipped or something, be kind. This is overlap week. School is not yet out, final grades are nowhere near being finalized, but the Christmas parties, oh, they don't wait until mama's done with school. If I look a little lost & weepy, say, Anna, get it together. Anna, smell your new purse.

I'm scheduled to give a mid-term later this week that does not yet exist. Reagan has her comprehensive nine-weeks test on Tuesday & Wednesday, & I know it'll be pleasant to sit & study with her what with her birthday tomorrow & her general glee over the endless merriment & carbohydrates that typify this time of year. Her class Christmas party is on Thursday, as is Henry's. I was going to sit & go over her sight words with her yesterday afternoon, but of course the Christmas party for the kids at church was yesterday afternoon. On a cold Sunday afternoon in December if I am not in my bed it is because, & only because, I love my children & want them to join their friends for Christmas merriment & carb-loading. I could dedicate the remainder of this blog to how desperately I want to be in my bed with my coffee on Sunday afternoon; hectic Sunday afternoons often lead to hectic weeks.

The kids of course had tons of fun at the party; I spent some time breathing deeply in a corner of the church's gym while mentally composing questions for the mid-term I've yet to type, wondering if any of the smiling, seemingly happy & relaxed parents at the party have a tall stack of persuasive essays to grade. I did take a couple of breaks from school-fretting to mentally calculate Reagan's carb intake because it says in Romans you cannot assemble the church's youth without saturating their tiny bodies with carbohydrates.

Clearly I'm wound a little tight this morning. Tomorrow Reagan turns six. It'll be her third birthday sans the ability to make insulin; she enjoyed three birthdays with her pancreas, although in retrospect it was likely in decline on her third birthday, which fell one month & one day before her diagnosis. 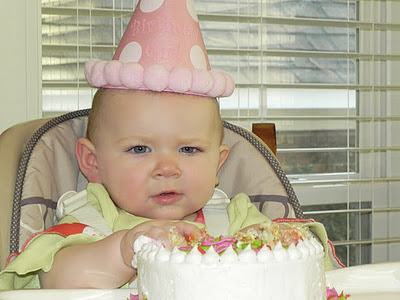 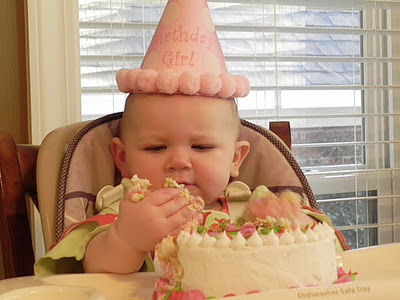 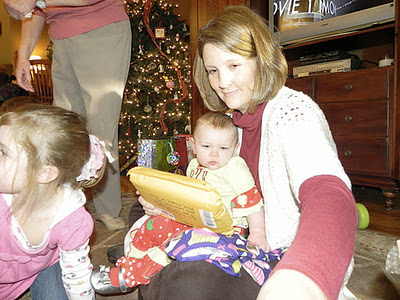 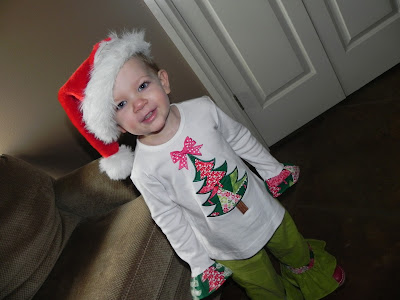 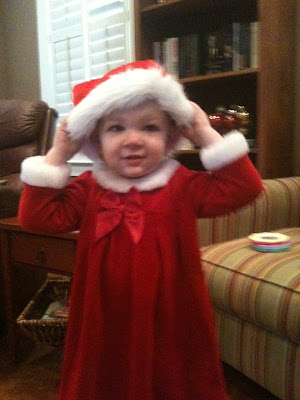 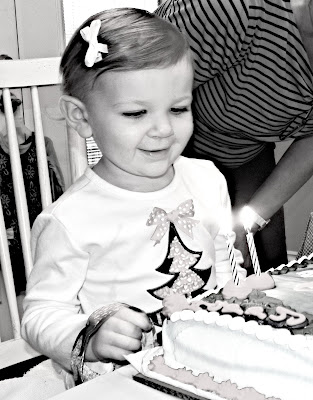 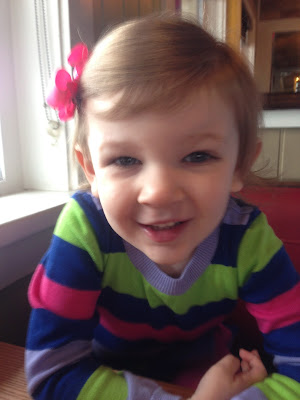 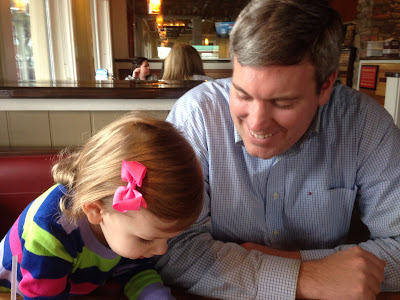 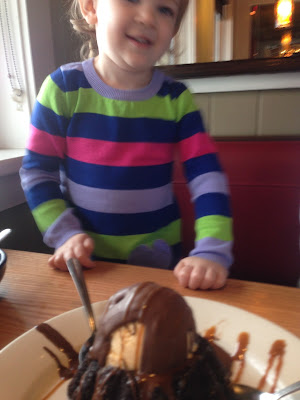 Tomorrow is also my dad's birthday. We're all going out to dinner. I'm going to bring one of her presents for Reagan to open. American Girl makes a diabetes care kit for a doll. It comes complete with an insulin pump, an infusion set (which may be Greek to you, & that's fine), a log book in which to record numbers, tiny fake glucose tabs, & tiny versions of various other things Reagan will recognize because they're a part of her daily routine. 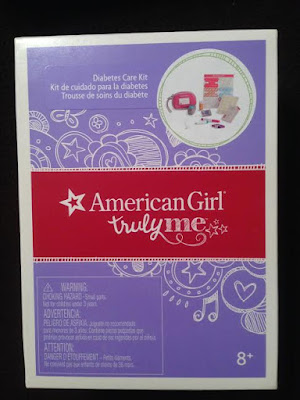 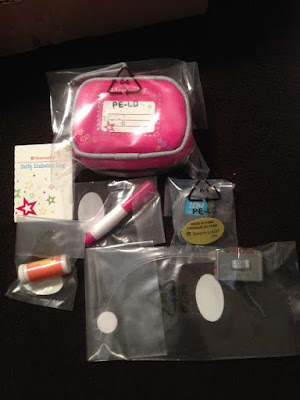 I snapped a picture of it all before I wrapped it & noticed the 8+ on the box; the toy is suitable for children eight & older, but I figure she knows how to check her own blood sugar, so I think she can handle it.

She wanted a party at The Children's Museum in Monroe. I died a little inside when she told me this; it smells like feet inside The Children's Museum & the whole atmosphere is jarring to my senses, but she was insistent, so I called. Due to their month-long Christmas activities for kids, The Children's Museum doesn't host any birthday parties in the month of December. I went to Reagan with this news & told her she could have a big party with her friends somewhere else, or we could go to The Children's Museum with Henry & cousin Maisie whenever we wanted. She was determined to go see Santa & enjoy the fake snow & other holiday-themed activities at The Children's Museum, & so that is what we have planned for this upcoming Saturday. I know what you're thinking, & the answer is I have no idea when I'll get all the grading done. Or the shopping & the wrapping. Or read Emma. Or sit quietly alone & revel in all the still aloneness.

Some days I am incredibly bitter about her diabetes. I'm not going to lie; sometimes I have to pray about my attitude toward people who give her food. Who sold us the lie that children cannot sit through a half hour Bible class without us shoving fruit snacks in their mouths? No wonder so many kids grow up thinking they can't sit through a day of school without being medicated. That bag of fruit snacks she didn't eat in class (because she knows she's not supposed to have them without hearing from me first) may've momentarily hushed & delighted the children, but they ignited a firestorm between me & my daughter when I told her she couldn't eat them. Obviously her birthday brings a myriad of emotions.

Last week a young man, a bold student whose candor I adore even when I also want to slap him, told me he wasn't thrilled with last week's blog. He shared his thoughts on the blog with me after he shared his thoughts on my outfit . . . which I'd chosen in a daze that morning because I was up late the night before proofing essays for him. Yes, yes. Someone owes me heart surgery one day is all I'm saying. I told him I was sorry to disappoint, but that I don't write the blog for him.

I started writing for Reagan & for myself. I was at home with her all the time. I was restless & perpetually plagued by a fear of not remembering things. She was changing rapidly; I wanted to document everything, both the changes & my thoughts & feelings about them, & for me documenting means writing. What's unfolded in the years since is a running commentary on her life, on our lives, & I am thankful for it. I used to keep the commentary nice & tidy, perky even you might say, but if you keep at something, be it writing or a relationship or whatever, nice & tidy inevitably gives way to messy, ugly, raw.

When I came back to our house for the first time after Reagan's diagnosis I wanted nothing more than to write. She was in the hospital for several days; I was still nursing Henry, & so Trey spent many nights with her while I slept at home with Henry. I remember climbing in bed, a sleeping Henry beside me, & writing & writing & writing. Some of what I wrote eventually became a blog I shared publicly; some I saved elsewhere for Reagan to read later. I was terrified. I don't succumb to terror much these days insofar as diabetes is concerned, but it threatens at times.

Since August I've had some conversations with students that were not nice & tidy (conversations about life, that is, not their grades). Why do we write? Why do we share, particularly when that which we're sharing is unpleasant, possibly bringing fresh tears?

I think Ms. Lowry is correct in her assertion (quoted above) that worse even than pain is the isolating loneliness that inevitably accompanies an unspoken burden. So often in the last few months I've said, "I wish I could change that." I always follow that with, "Here is what I can do." I can listen. I can cry, too. I can pray for you. No one reading this can do one thing to change Reagan's physical condition, but for nearly three years since her diagnosis you've read & reached out & encouraged & prayed, & I thank you for that.

Memories need to be shared, even the painful ones, perhaps especially the painful ones. A general rule of writing fiction is to balance forward motion of the character(s) with necessary backstory. You don't have to know what the protagonist wore to school on her first day of kindergarten or what she ate for lunch yesterday, but if her dad walked out of her life when she was six, well, that's a painful but significant memory that needs to be woven into her story.

This time of year is difficult for many people; never forget that. I whine about my many responsibilities, & they are weighing on me today, no doubt, but they fall to me because I have a daughter who was born right before Christmas, two kids who expect Santa, & sixty or so other kids young adults who're eager to soak up all the literature they can before saying a final farewell to their time in high school. I never, ever wonder if I am needed, & that's a wonderful feeling, even when the reminder that I'm needed comes in the form of a text message begging for essay revisions.

Pay attention to people. Not everyone has a family with whom they'll spend Christmas. Not everyone has warm, happy memories of Christmases past. Some people are haunted by happy memories; while happy memories can comfort, they can also torment, highlighting what is no more. Lending your ear, bearing some of their pain, might be the best gift you can give someone. We are told to bear one another's burdens; memories are sometimes the heaviest burdens people carry, & with the weight can come crushing loneliness.

I bid you adieu as the mother of a five-year-old little girl for the final time.

I love you, Reagan. I can't wait to celebrate with you tomorrow. 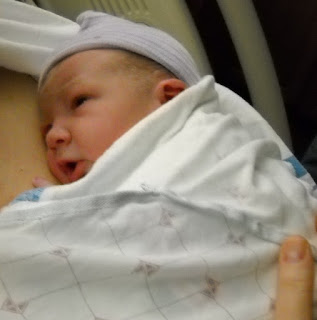