I think the first thing I need to say is that this post has nothing at all to do with Steven Seagal.

Anyway, sorry (not sorry) for my little rant earlier this week. Enjoy the rant here if you missed it & are in the mood for a sermon. Sometimes I get angry, & I've found the best way to deal with my anger is to eat write.

In the midst of the angry writing, I was busy reading The Bronze Horseman. Then, when the anger subsided, I was still reading The Bronze Horseman. Regarding the book, last Thursday I made the mistake of saying this, ". . . it's good so far. It is not yet interfering with my sleep or my ability to parent, but it's good." The key words there are "not yet." Once everyone was asleep Thursday night, I began reading . . . I read & read & read. I read until five am. The last time I did that I was in my twenties, I had no children, & the situation was dire because Edward left Bella & obviously I was not going to sleep until he returned. Sorry, I don't mean to compare Edward leaving Bella to the siege of Leningrad. I am tempted to attempt a comparison now, but I won't. It would be inappropriate.


Moving on. I have to say a few words about The Bronze Horseman. I can't read a book that long & not bore you to tears over it. So, first on the list, it is long. Loooong. In some of the reviews I read before downloading the book the phrase epic love story was used, & that should have been a clue as everyone knows epic means long.

The author, Paullina Simons, was born in Leningrad in 1963. I guess Russians feel they must write novels as big as the motherland. Maybe it's all the years of oppression or something . . . they just feel so free using so many words. I don't know, but I did not realize how long the book is when I downloaded it & began reading. I'm not sure of a page count in print, but I think it's in the neighborhood of 200,000 words, which if you don't know anything about word count makes for a pretty lengthy novel. The average novel is around 85,000 words.

Second, the novel is set during WWII. I just keep reading the war novels like some sort of blood & gore junkie, but I kind of adore them (the novels, not the blood & gore). A lengthy section of the book (haha, every section is lengthy!) depicts one family's struggles during the German siege of Leningrad during WWII. It is brutal. Brutal. I mean, it was hard to read it; I cannot fathom having to endure it. The book is fiction, of course, but the horrors of WWII were reality for millions. I think that's why I like the war novels; it's a little history, which I usually enjoy, & you stop reading & think, Now, what were my problems again?

I know a fair amount about WWII, but the struggles of the people trapped inside the Soviet Union aren't an aspect of the war that receive as much attention as the Nazi death camps or Pearl Harbor & other American-centric happenings during the war. Things were abysmal in the USSR before America ever entered the war. Admittedly, the situation in the USSR was horrific all on its own long before WWII, but Hitler coming after them did not improve things. The despair just drips from the pages of this novel.


What I absolutely love is the reverent manner in which America is referenced. Anytime it appears in the text, it is italicized. America. You can hear the characters say it with longing as you read. When America enters the war, they think, for the first time since the siege of Leningrad began, that survival might be possible. Of course, their dream is to live in America, & I have a feeling this dream will feature prominently in the remainder of the series. Yep, there are two more novels. I'm actually about a hundred pages into the second one, Tatiana and Alexander. Cue the Keurig.

Above all else, The Bronze Horseman is the love story of Tatiana & Alexander. I feel I should emphasize this as I don't want to lead some unsuspecting man astray thinking he needs to pick up this gritty war novel. It is a love story that unfolds as the Germans press into the USSR. The war looms so large that it is essentially a character in the novel. Obviously in a love story the couple will face obstacles, & what better angst than a raging world war? Physical separation & death are ever present dangers.

Ms. Simons goes above & beyond with the angst, however. I mean, it is unreal what these two face. I don't have the time or the inclination to type it all out; I can't do it as I'd end up in the same fit of rage I experienced when reading. To sum up, as if the Germans aren't enough of a threat, Alexander, an officer in the Red Army, harbors a secret that, if discovered by the Soviets, will get him & Tatiana killed. Granted, it doesn't take much for the Soviets to kill their own, but you know that seems so harsh when Hitler is also on your tail. And you're starving. And it's twenty degrees below zero.


It's not a book I'd recommend across the board. First, the length. Second, it's heavily, well, Russian. I mean obviously it's written in English, but the names & places are so Russian. For example, Tatiana's name is Tatiana Metanova. Say that out loud. Don't you just love all those hard Russian consonants? In addition to character names you're constantly bombarded with other Russian-y proper nouns, most of which I can't even begin to pronounce - - city streets, parks, buildings, & of course, city names. I like this aspect of it, but it may not appeal to you if you gravitate to characters named Bob who live on Maple Street. Also, if you prefer love scenes the way Hemingway penned them, where the reader is given exchanges like this . . .


Catherine sat in a chair by the bed.  The door was open into the hall.  The wildness was gone . . .

. . . & expected to infer the rest, well, this book may not be for you. His fear of both the Germans & the Soviets hunting him down & killing him does not diminish Alexander's ardor. Yes, that's a tactful way to say it.

It's an engrossing series. If you love to sit & read & read & read & when you're done reading you can't remember what day it is or what you're supposed to be doing, this series might be for you. If you appreciate books that pull every possible emotion from you, this series might be for you. If you enjoy love stories sprinkled with denouncements of communism, forge ahead. Whether you plan to read it or not, consider checking out the reviews of these novels on Goodreads. Pure entertainment. Prepare for numerous exclamation points!!!! & the overuse of CAPS LOCK.

In other news concerning books about world war, the big book club meeting is tonight. 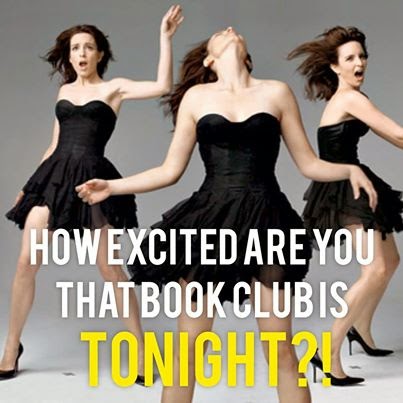 I think I've landed myself in hot water with the book club ladies. First, I don't think anyone loved A Farewell to Arms. I am not getting a love vibe from anyone. I'll let you know how tonight goes.  Second, I made a rather public confession on Facebook earlier this week that I have never read Pride and Prejudice. It's true. My sister is a P&P fanatic. She's completely insane over this novel & the 1995 mini-series staring Colin Firth, who is, of course, so, so awesome. Jessica made a comment about us watching the mini-series later this summer, & this led to my bold confession, which I knew a member of the book club would see. I was publicly shamed, & I have a feeling the book club will soon be reading Pride and Prejudice. I don't know why I've never read it, okay? Maybe if Mr. Darcy had spent some time on the front lines at Leningrad I'd have picked it up by now.

The book club ladies are coming to my house tonight where I will be firmly entrenched & ready with an arsenal of fantastic arguments detailing Hemingway's genius & excuses for why I have not yet read Pride and Prejudice. I will also have coffee & chocolate available if they refuse to listen to logic. This is how book lovers negotiate: read the book I love, I give you coffee & chocolate.

On the home front, Reagan & Henry have left the honeymoon phase of their sibling relationship behind. This began when Henry became mobile, but as his mobility has increased, so too has the constant squalling that pulls me away from all manner of awesome things: reading, coffee drinking, sitting. I don't often have reason to compare my children to Hitler & Stalin, but Henry is under siege daily.  He picks up a toy; Reagan takes it. He picks up another toy; she takes it. He attempts to crawl to yet another toy; she erects a blockade.

Below is this week's new addition to the battle, Reagan's princess tent. 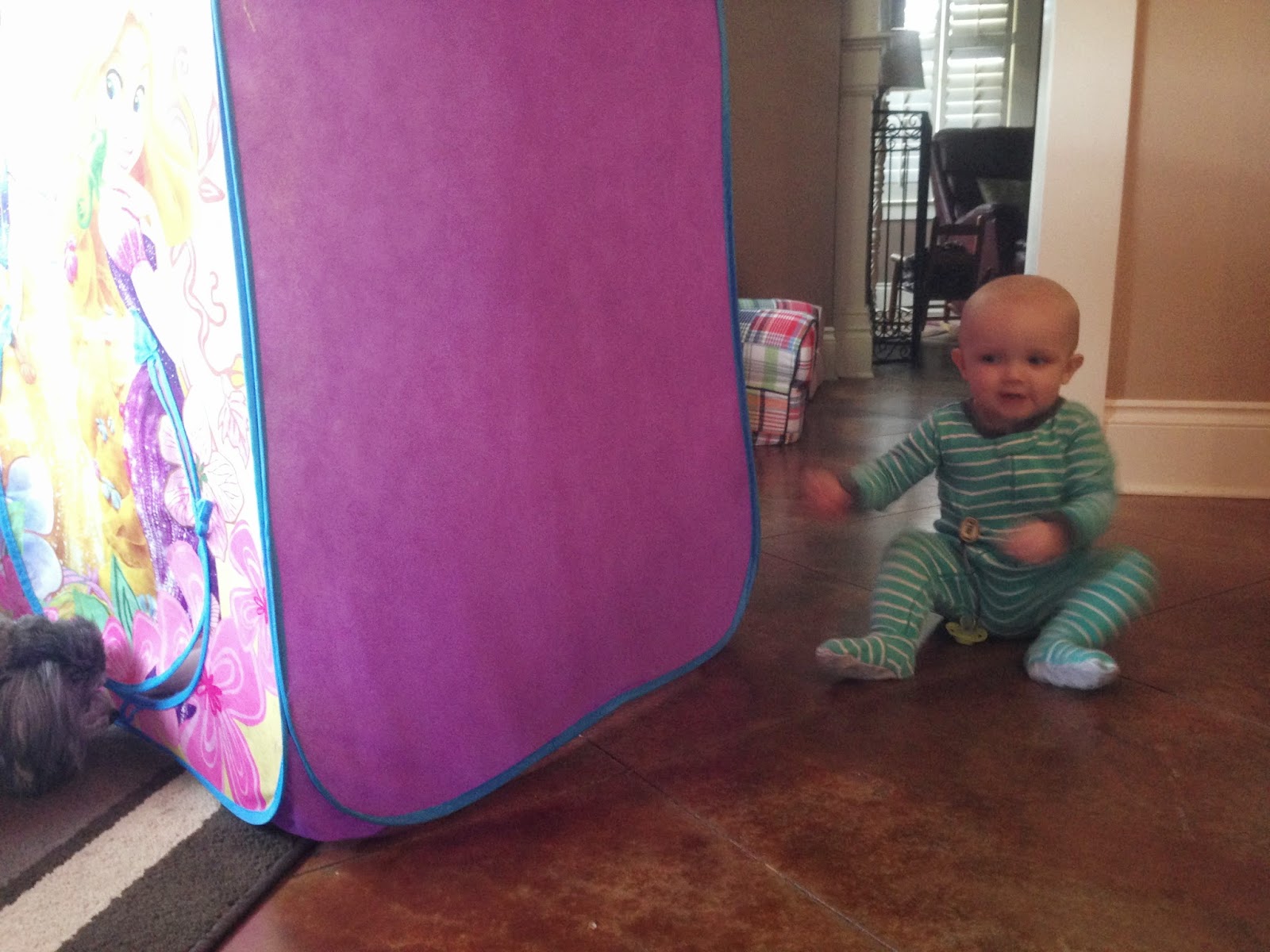 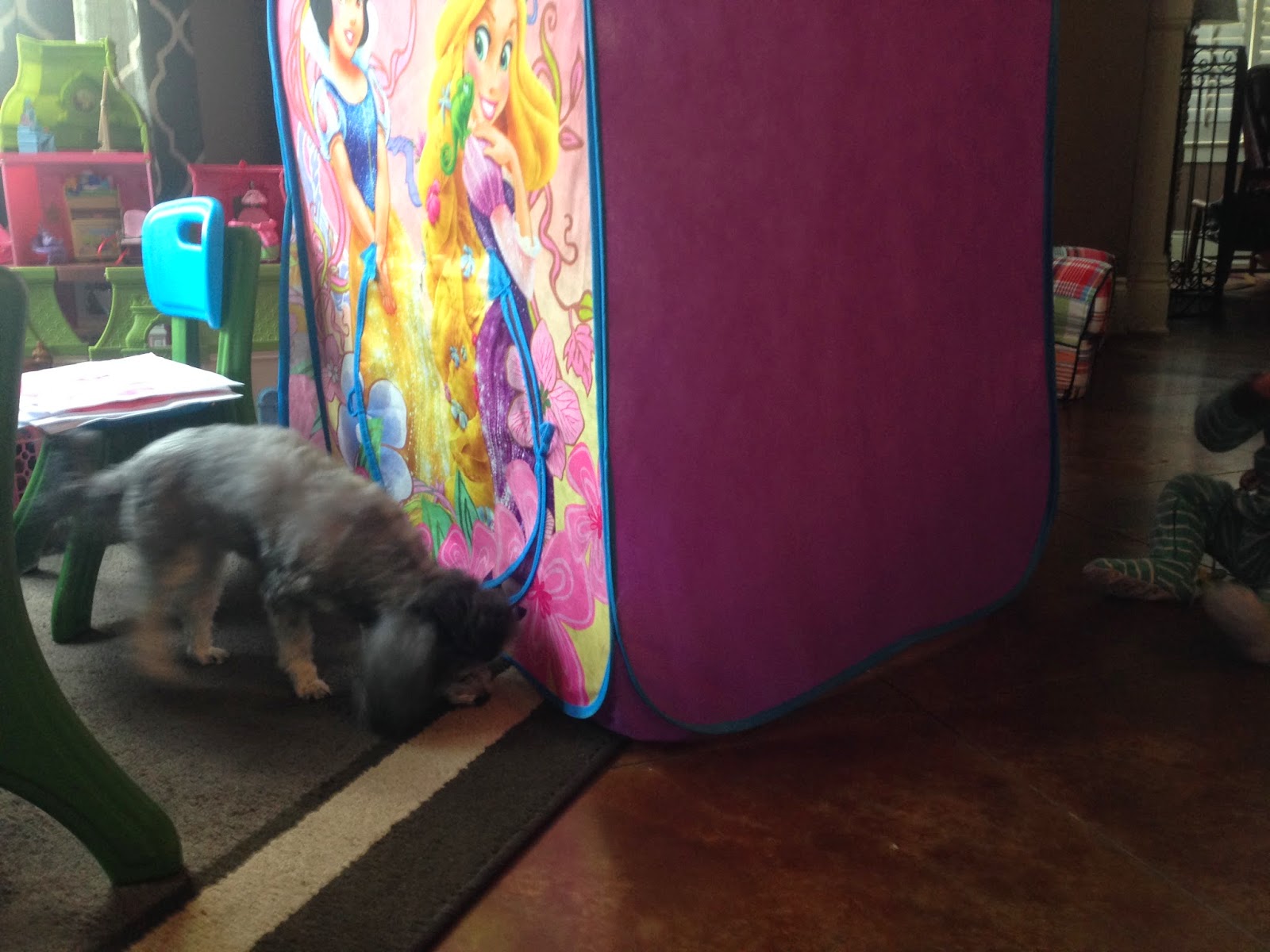 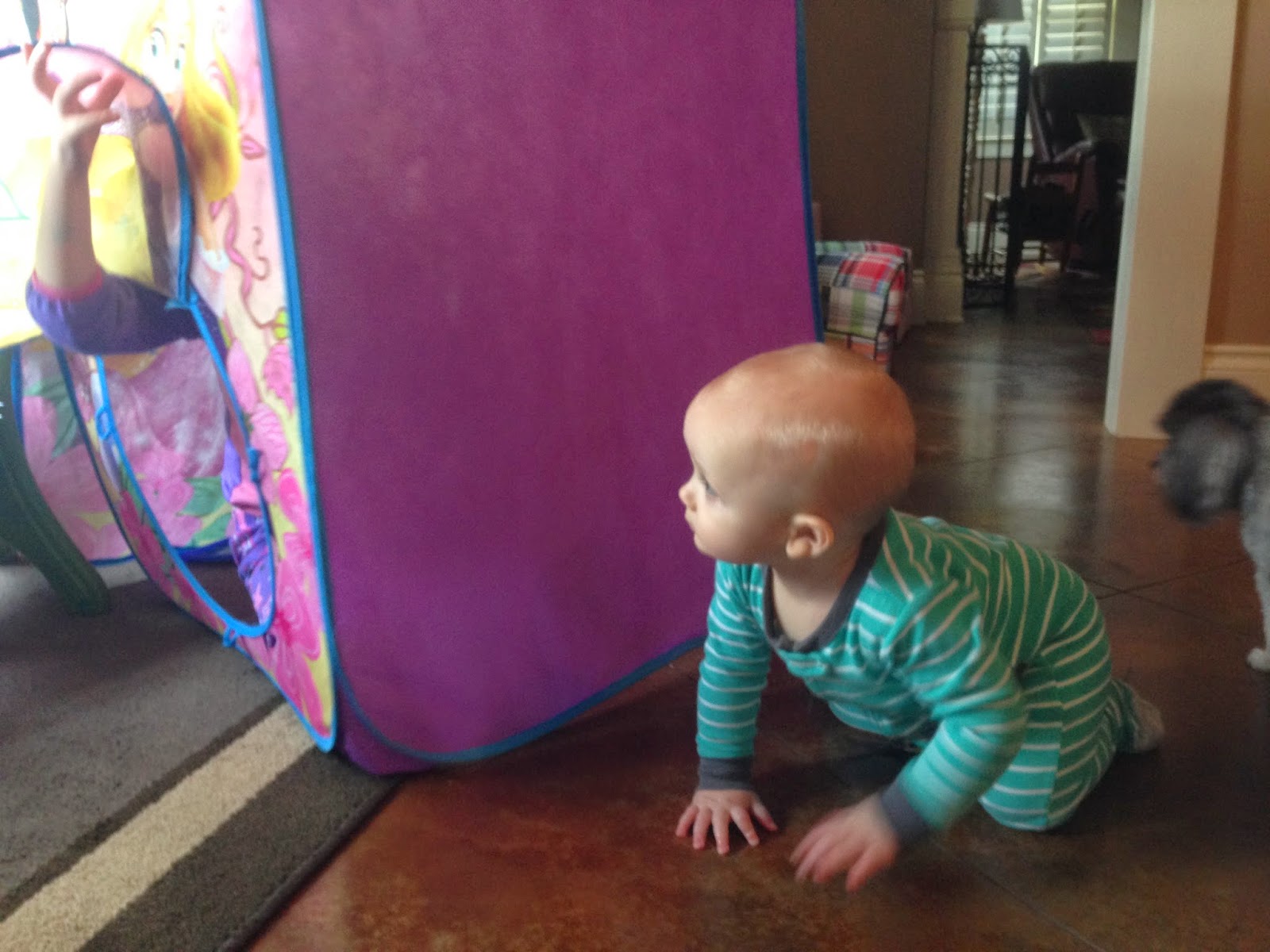 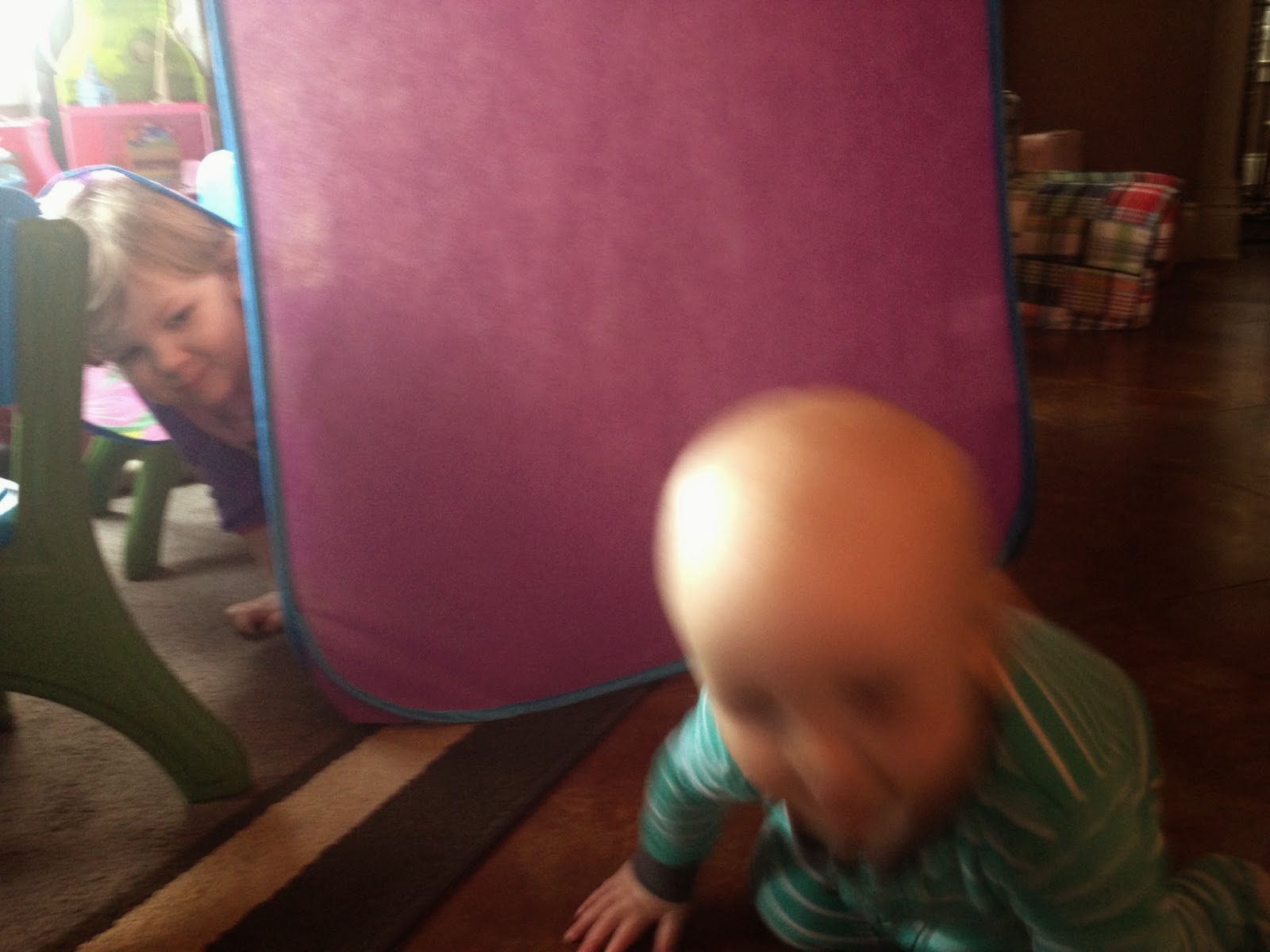 I suppose I am America in this analogy, the calvary entering the fray to offer aid to the oppressed Henry. He lifts his big blue eyes to me when I enter the room, & I almost expect him to say, ah, America. Sophie the dog is the harsh Leningrad winter, a neutral force that further complicates the siege for all parties. What Reagan doesn't realize is that though her victories are many & her spoils plentiful, the tide will turn. Slowly, slowly, Henry is staging a comeback. He can't walk yet, but I can see the revenge in his eyes. He's recently started swimming, something that will help him build the stamina needed to mount a counteroffensive.

In his plaid swim trunks: 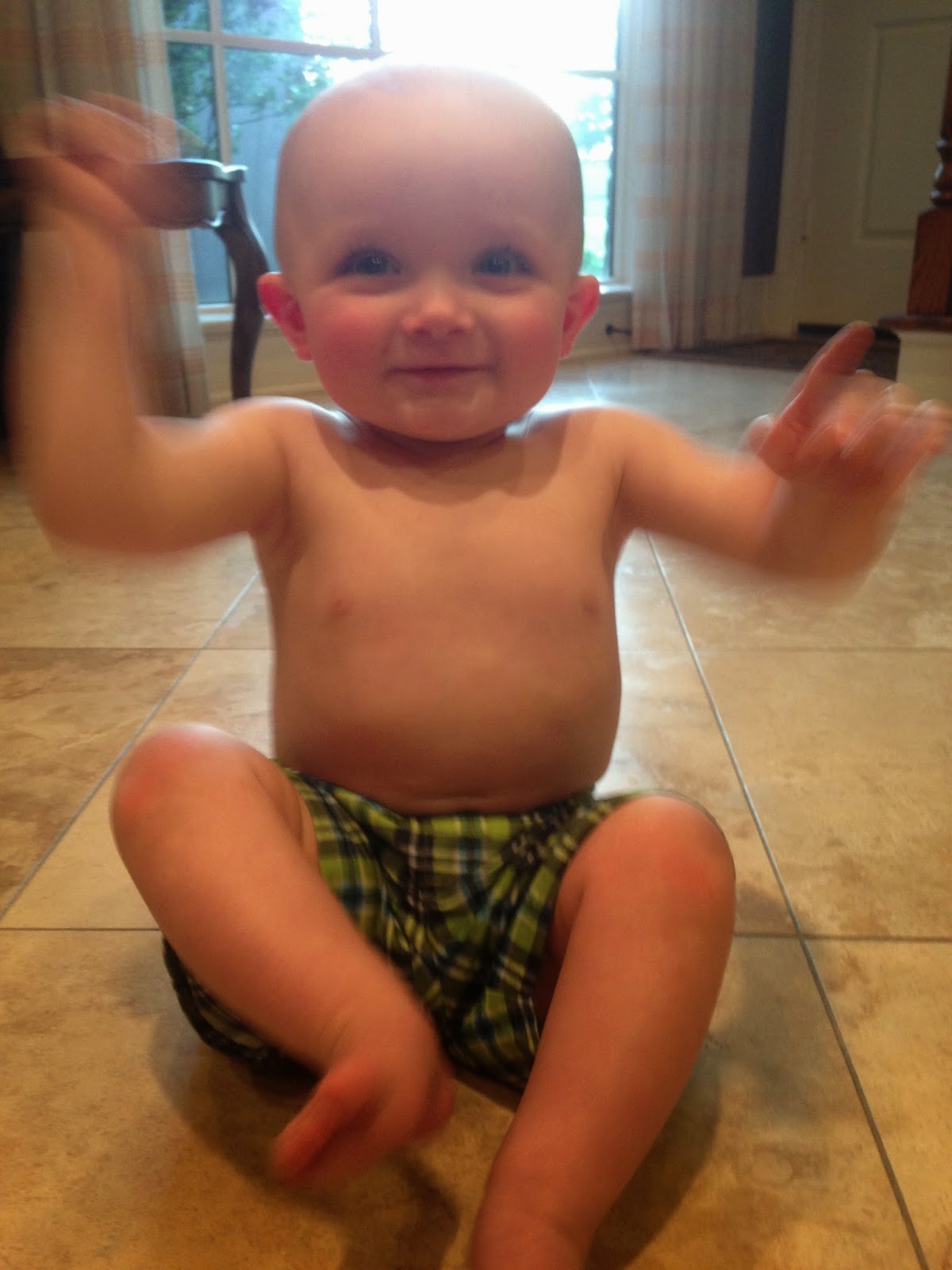 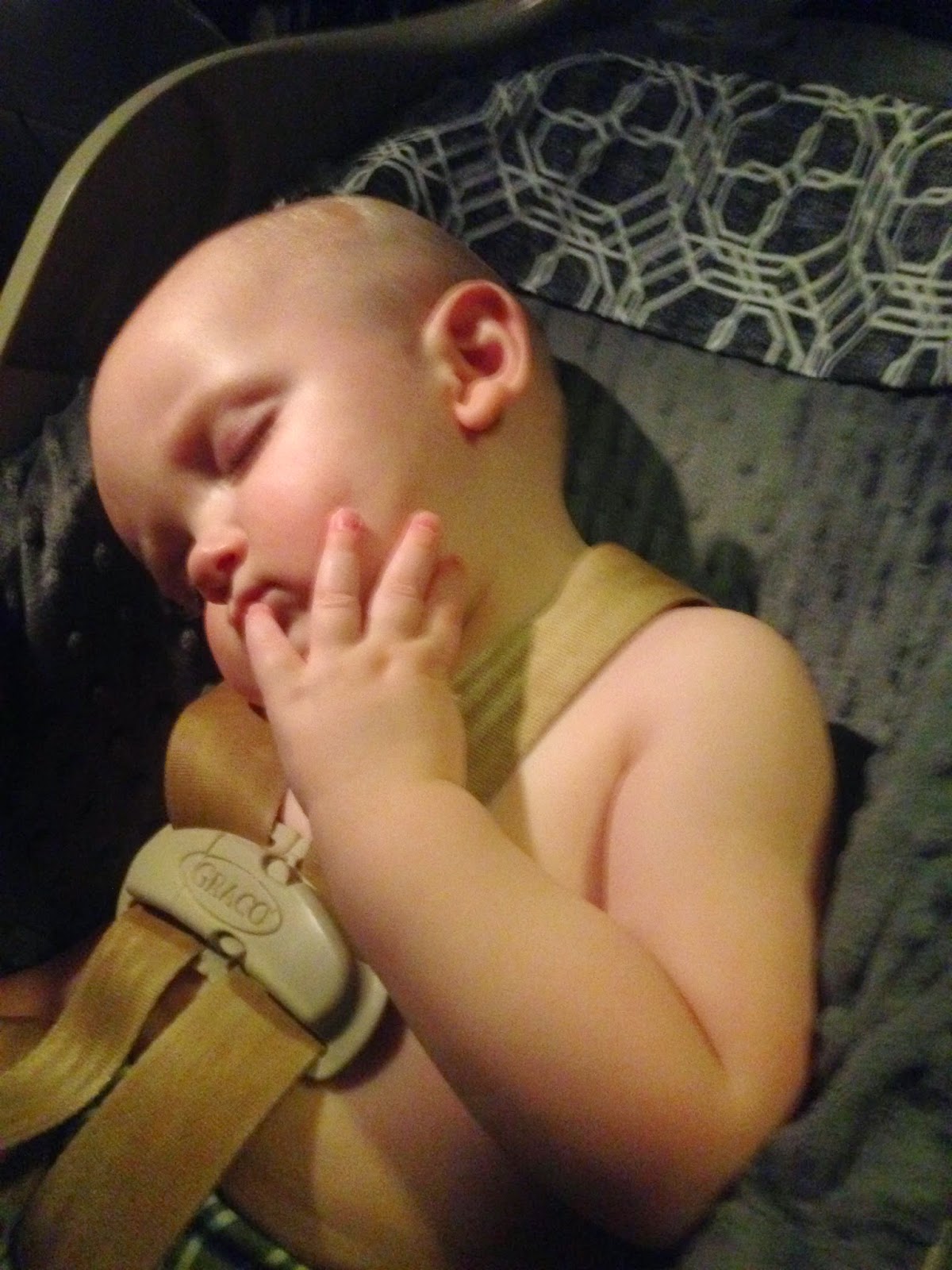 I am beginning to think Tatiana & Alexander are right & that the obvious answer to the stress of the siege is vodka.