I Want It Back

I want it back.  I don't know if I can adequately express in words how much I detest losing the hour the federal government snatches from me every spring.  Don't they have their hands in enough?  Must they attempt to control time too?  Isn't spring harsh enough with taxes & all the pollen & the lack of college football & the sudden need to shave more frequently?  Finally, someone is speaking up.  Check this out.

I don't like the phrase 'Spring Forward.'  Blah.  Whatever.  I don't spring in the morning, ever, at all, & especially not after losing an hour of sleep.  This was my first 'Spring Forward' Sunday with two kids, & I've been dreading it for awhile now.  As if there aren't enough obstacles involved in getting young kids up & fed & dressed & off to church, let's pick a Sunday to eradicate an hour of time.  However, I ended up avoiding the situation entirely this year because, well, SNOT.  Henry & Reagan are both a tad ill at the moment.  No fever, just general spring yuck.  So, I went to church by myself yesterday morning while Trey stayed home on snot patrol.  Since returning home yesterday afternoon, I've been on snot patrol, & it's not doing a whole lot for my mood.  I guess it goes without saying that I am incredibly excited about getting up tomorrow morning to go face a classroom full of students who've been out on Spring Break for a week & just lost an hour of time.  Oh, the coffee that will entail.

Despite the illness in my home, I did do the speaking thing this past Friday night.  Friday afternoon, I left the kids in Trey's capable hands & headed to Lake D'arbonne State Park.  Well, actually Trey's dad & sister were also at the house because Trey's mom hasn't been feeling well either . . . I'd just like to note that that's three people, three college grads, mind you (one with a law degree), left to do what I do most days, as Reagan would say, all by myself.  It's good to feel needed.  But I digress.  I thoroughly enjoyed the drive out to Farmerville.  I went under the speed limit to allow myself time to sip the coffee I'd made for the drive over, sing along with Celine, & relax as I prepared to speak.  Everyone knows the best way to vocally prep for a public presentation is accompanying Celine, because you know, sometimes she struggles with those high notes.  Where does my heaaaart beat now . . .

I suppose the speech went well.  It wasn't as polished as I would've preferred, but given that my only run-through was delivered in front of Henry (who thought the whole thing was hilarious), I was pleased overall.  In a thirty minute talk, I managed to make references to The Little Mermaid, Aida, & threw in a generic reference to vampires.  I reigned myself in & didn't get Twilight specific with the vampire example.  I knew I was going to be cutting it close on time, & I figured if it came down to omitting a few Bible verses or a detailed explanation of the virtues of Edward Cullen, I ought to let Edward go, & so I did.  It was refreshing to stand in front of fifty or so ladies who were attentive & generally seemed happy to be there, as opposed to my usual audience, twenty or so students, half of whom are surreptitiously attempting to text &/or surf the Internet on their phone.

I'm a bit behind on photographically cataloging my kids's lives.  Henry hit the nine month mark last week, on Thursday to be exact.  That photo shoot is scheduled for later this week when his face is, hopefully, free of snot.  Here's what I've been taking pics of - - 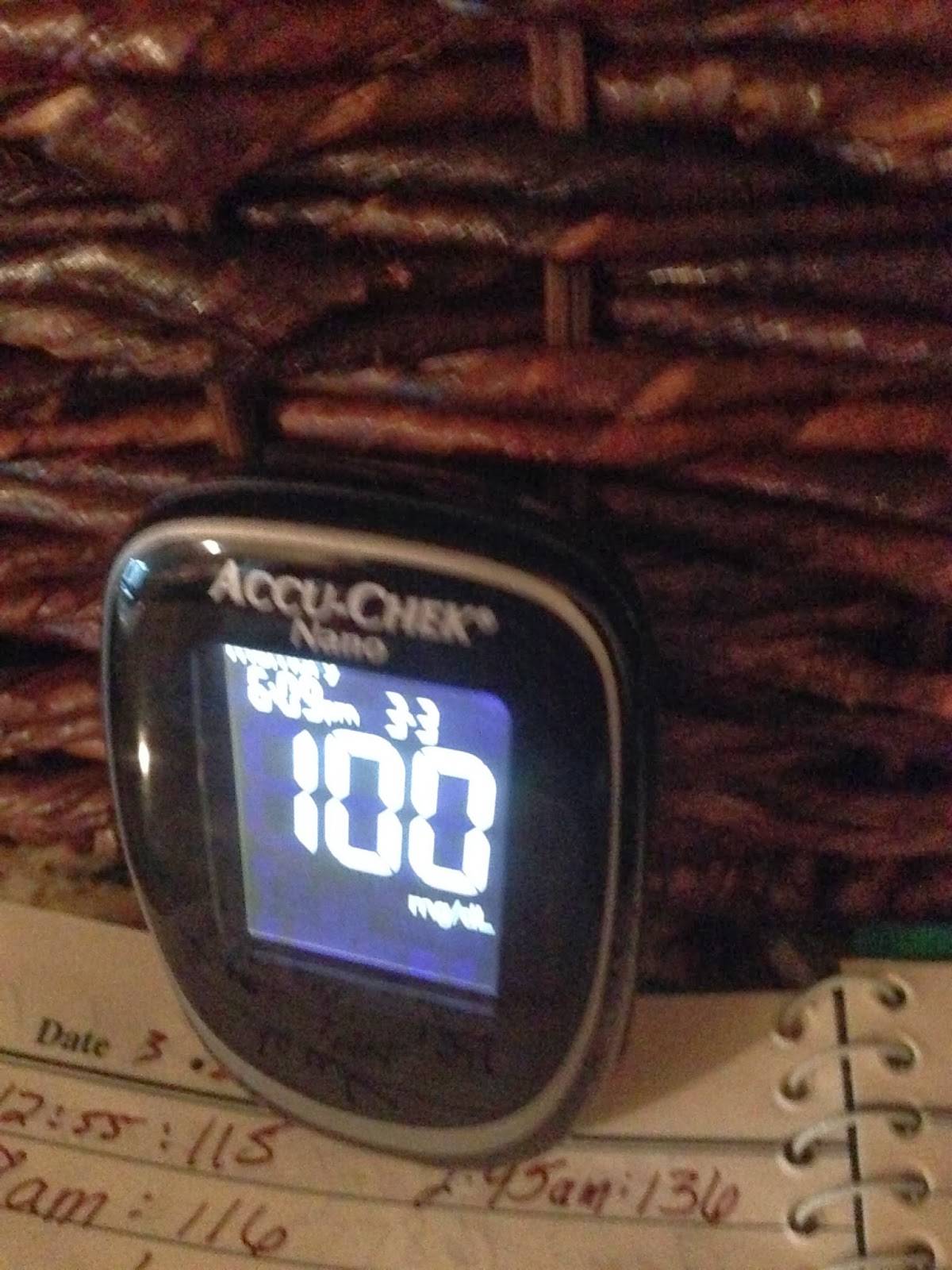 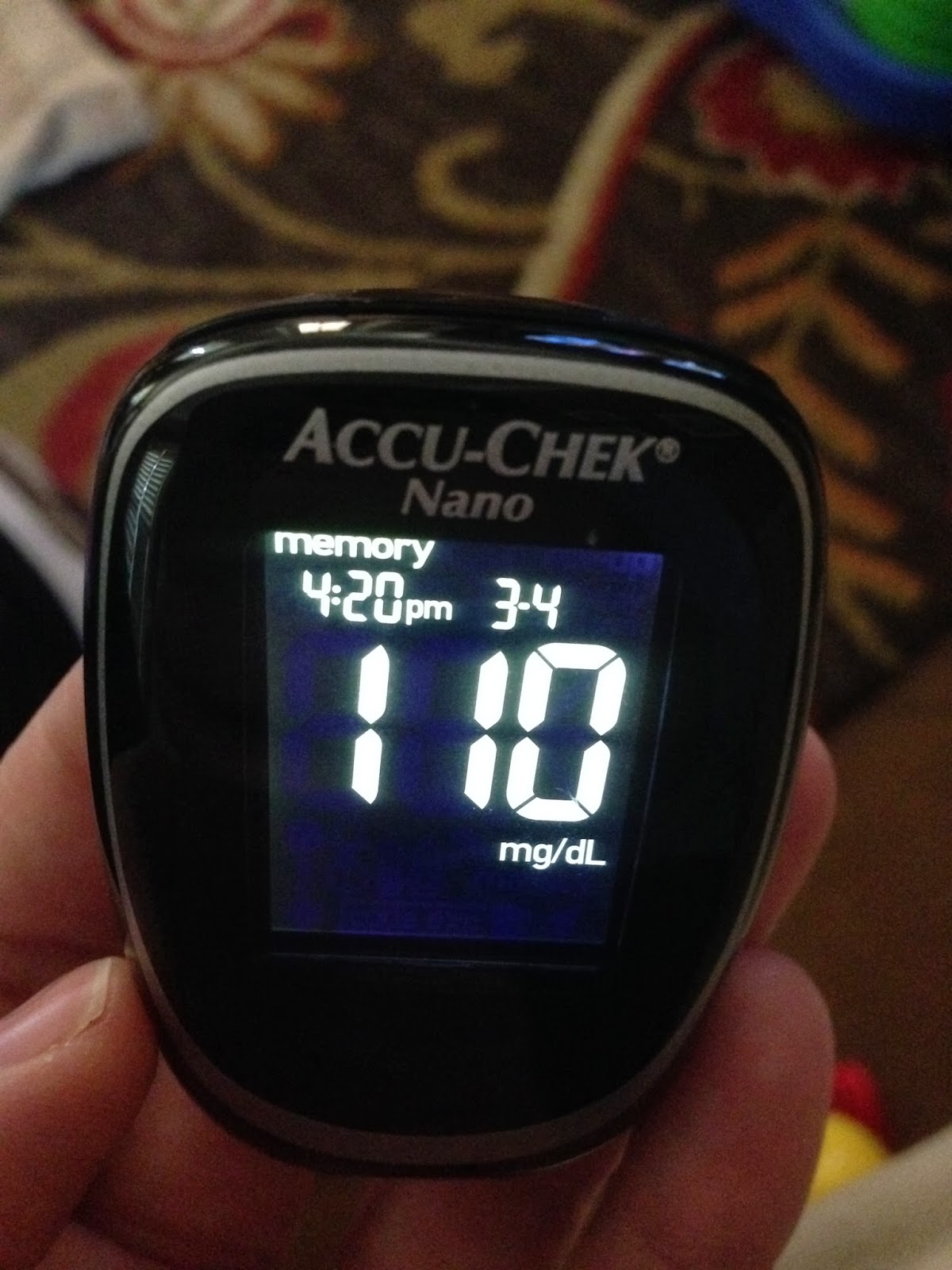 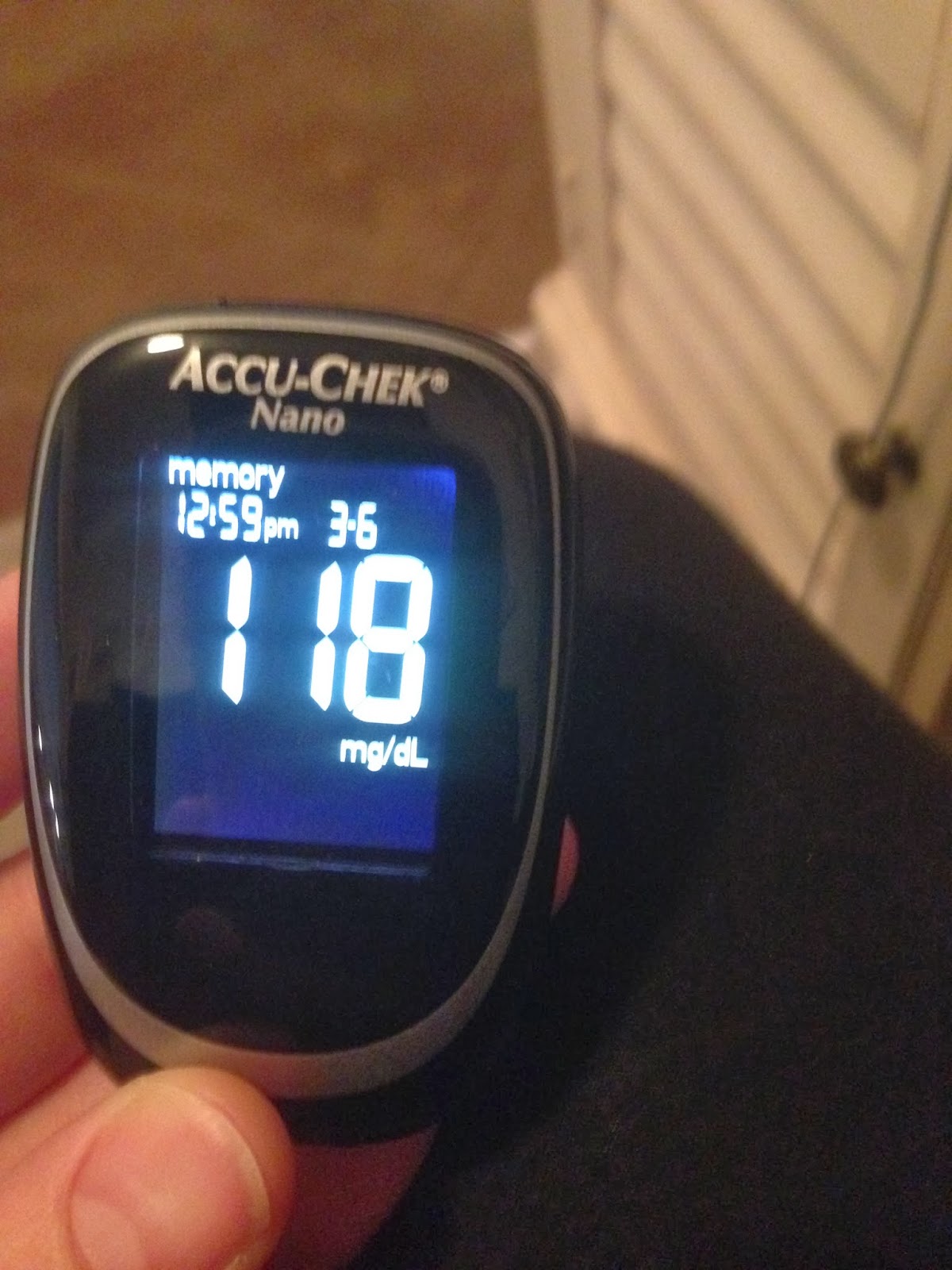 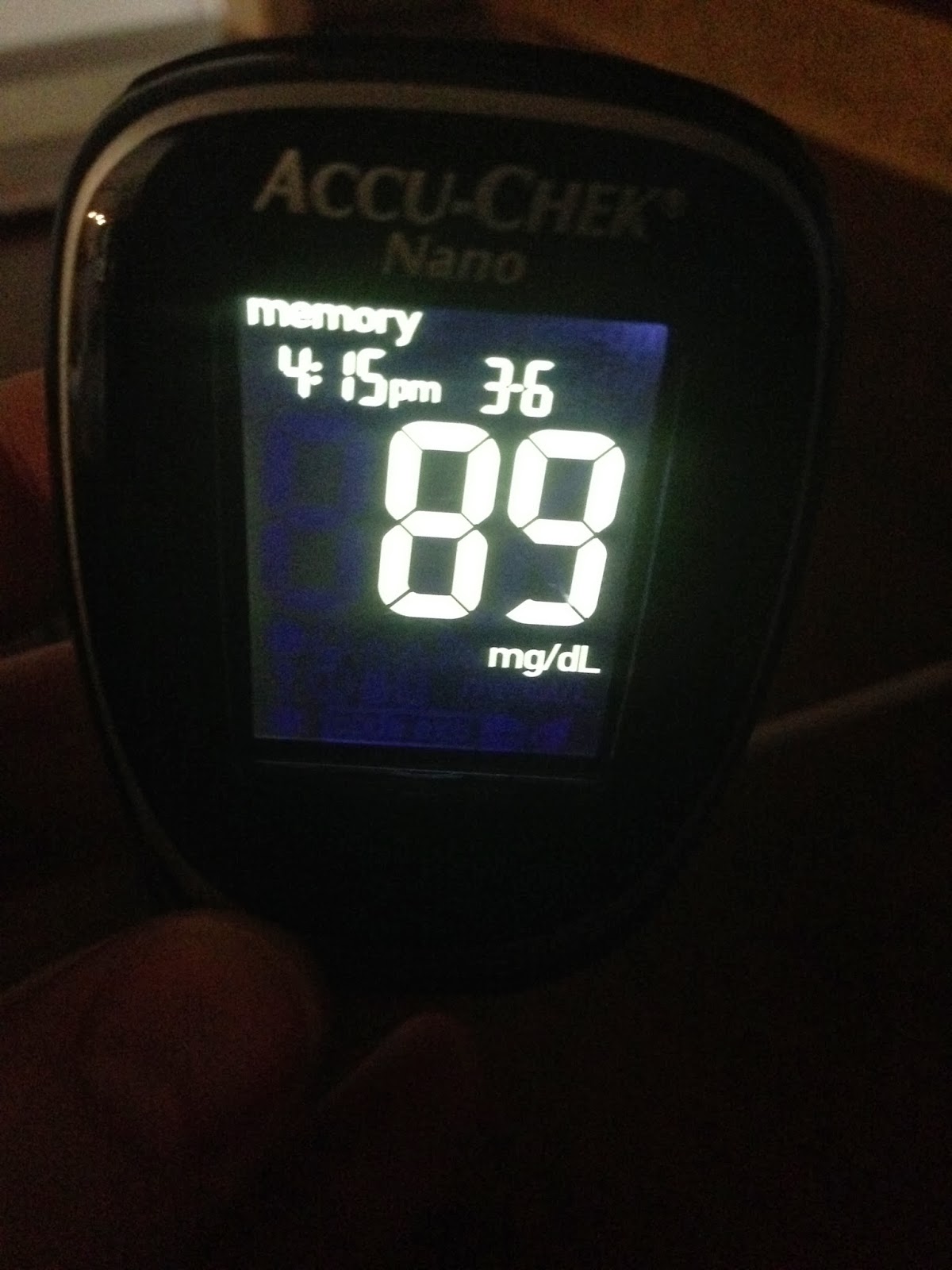 Are these not the most beautiful numbers you've ever seen?  Last week was pretty dreamy as far as blood sugars go.  At some point I suppose I'll stop taking pictures of the awesome numbers (& texting them to all her grandparents), but currently it still gives me a considerable thrill to see numbers like this pop up on the meter after weeks of crying & gnashing my teeth nearly every time I checked Reagan's number.

I do have one pic of the kids I took Saturday night in the new pajamas Nana & Papa bought them in Denver.  You didn't know this, but my parents spent last week in Denver.  I didn't tell you because, you know, my mom doesn't want me advertising that their house is empty so I don't encourage someone who creeps my blog to break in their house & steal their treasures . . . I mean my mom has numerous clothing items that feature the cast of The Andy Griffith Show, & my dad has tons, & tons, & tons of books; everyone knows thieves can't resist a detailed history of the whereabouts of the Ark of the Covenant.  Don't be tempted; they're home now.

Here they are, ready to Spring Forward . . . or sleep restlessly & whine randomly, whichever: 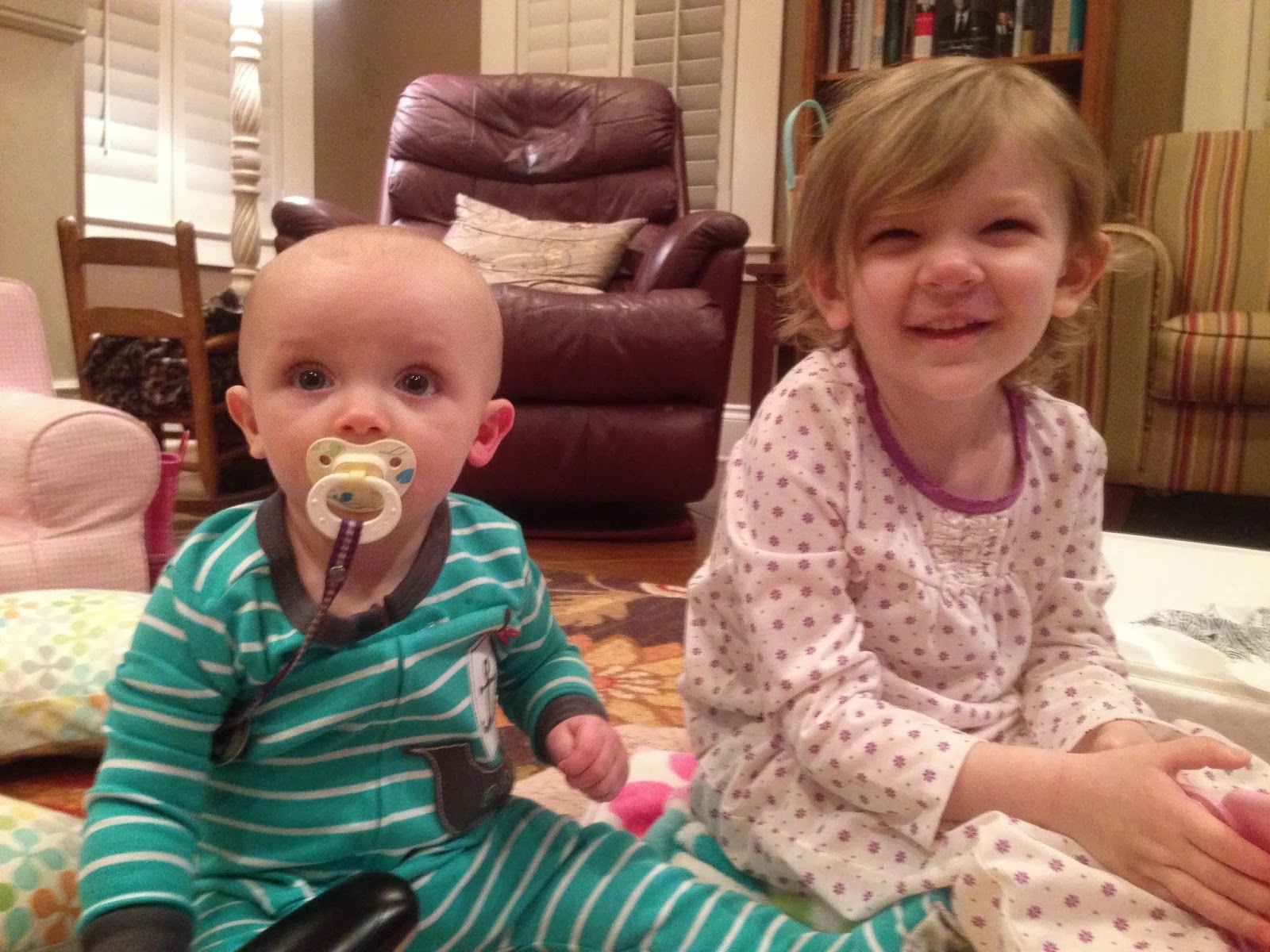 I need to go now, but there's one more thing on my mind, & you should know by now that if something is on my mind, it inevitably spills onto the blog.  It's been brought to my attention that a few of you reading the book are, & I quote, "obsessed."  Aren't obsessions the best?  I was obsessed with the book when I was writing it.  There were entire conversations between Edie & Dr. Foster - - or James, I think we can call him James now (I mean if you're reading, surely you see that's where we're headed, & soon) - -  in my head that I'd try & recall when I could find time to sit down & type; sometimes the two of them would not hush.  I could afford the obsession then because I had one child, & she was sleeping all night & taking two lengthy naps during the day.

As I reread along with some of you, I have to say, the obsession is rearing its head again.  In the past few weeks, I have, for the first time since finishing the book, had to quash the yearning to sit & write again.  I mean, yes, I write when I blog, but between you & me, it's kind of mindless.  There's no coherency; it's stream-of-consciousness, except not the cool D.H. Lawrence kind.  Writing a book is a different matter entirely, & while I well know I don't have the time I'd like to devote to it at the moment, Edie & James are yammering in my head again. Constantly.  I've missed them, but I'm hoping I can get them to shut-up for awhile.
AZ
Posted by AZ