The holidays are officially here.  I know this because I spent the weekend before Thanksgiving watching a much anticipated film adaptation of a young adult novel that's part of a series, meaning the geniuses at Lionsgate will reel me in again this time next year, & the next. 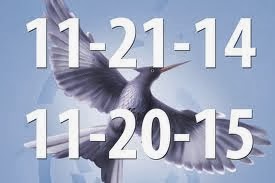 That's right, Mockingjay, the final book in The Hunger Games series, will be broken into two films that are slated to be released on the above dates.  Save the date(s)!  What can I say?  I am a planner.

Catching Fire is wonderful.  They did a good job with what is, in my opinion, the best book in the series.  There are some scenes/bits of dialogue they omitted, much to my chagrin, but I'm rereading the book at present & working through these minor disappointments.  Before I leave the Catching Fire segment of this post, I'd be remiss not to mention that Jennifer Lawrence is a fantastic actress.  The whole cast is superb, but she is just perfection as Katniss.

Friday evening at the movies was just the beginning of a wonderful weekend.  Saturday morning, I left the house with Reagan & Henry to meet my mom & Jessica & Maisie at my Papaw's house so he could meet his newest great-grandchild.  I decided to go through the drive-thru at Starbucks on the way, & instead of paying too much for an overpriced latte, I ended up getting a free one because a large truck in front of me in the drive-thru line ramped the concrete curb & so thoroughly lodged his truck that a tow truck had to be called.  What this meant was that a kind Starbucks employee had to come outside & direct me & the four cars behind me to back out of the drive-thru line, which, if you've visited the drive-thru at Monroe's Starbucks, you know is no easy maneuver.  By the time we'd all extracted ourselves from the narrow, blocked lane, my latte was ready, &, having finished his traffic directing duties, the Starbucks employee brought it out to my car & told me it was free.  Free Starbucks!  I'd back out of their convoluted drive-thru again, crying kids & all, for a free latte.

So, I happily sipped my free latte & listened to Christmas music while the kids quieted down on the drive to Bastrop.  Before the deluge of photos from Papaw's house Saturday, I'm going to back up a week & post these of Reagan meeting Maisie for the first time: 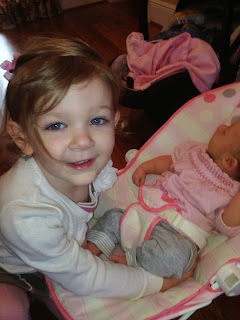 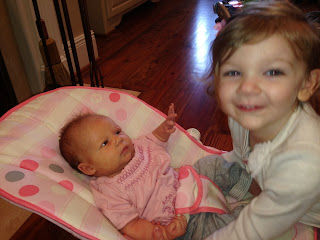 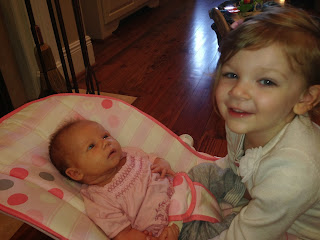 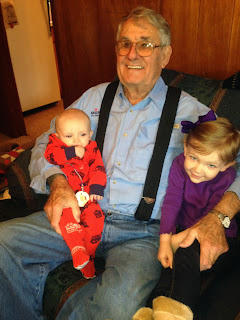 And then we added Maisie: 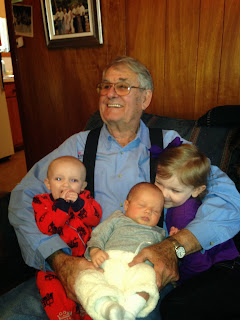 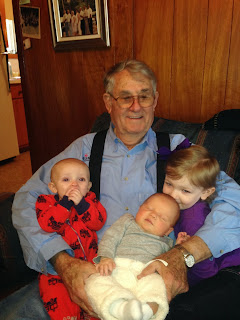 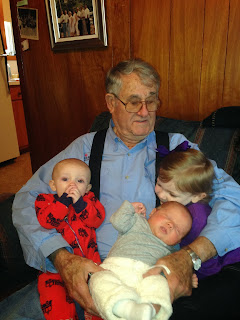 Then we repositioned Maisie . . . & Henry attempted to gnaw on her: 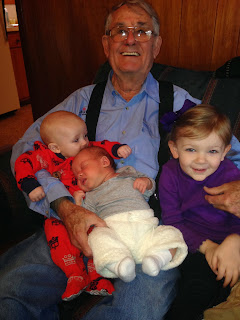 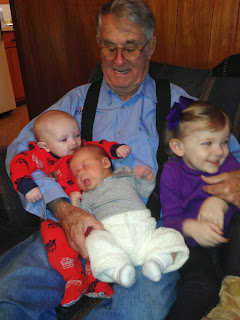 Henry's so over this photo op: 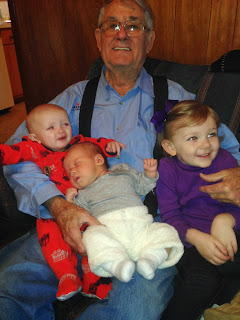 And me & my kids with Papaw . . . I am still basking in the free Starbucks glow, which I like to think masked the fact that I wore no make-up: 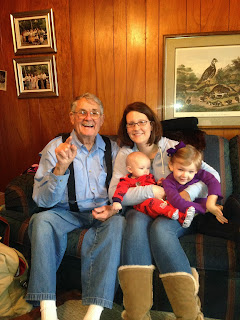 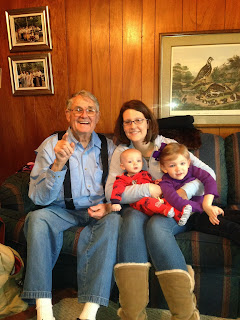 I have almost no photos of the four of us, so I purposefully coordinated our clothing for church Sunday morning in the hopes of my mom taking a decent pic at lunch.  I think for now I'm just going to let go of all my picture expectations. 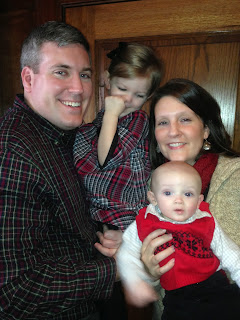 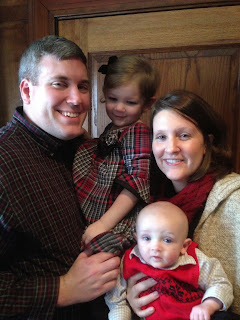 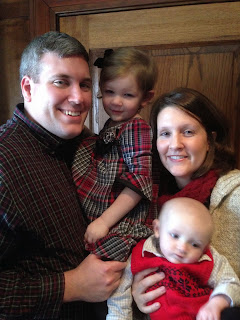 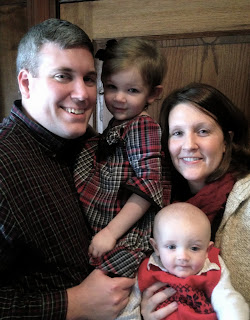 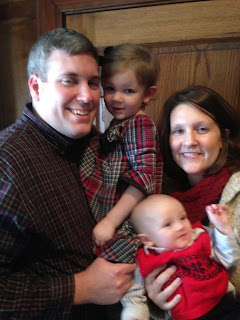 A few of me & my holiday accessory . . . also, I don't care what anyone says, it's just as fun to dress boys.  Maybe his first phrase will be sweater vest: 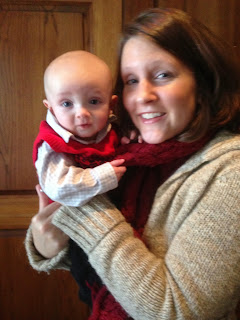 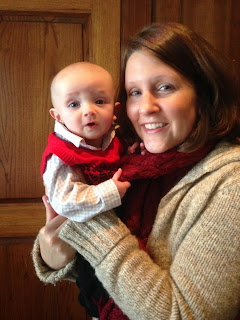 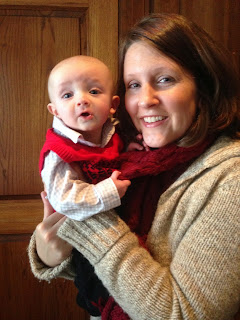 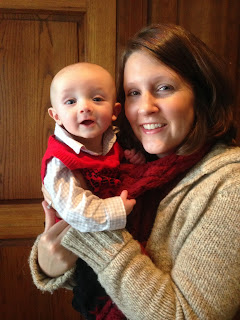 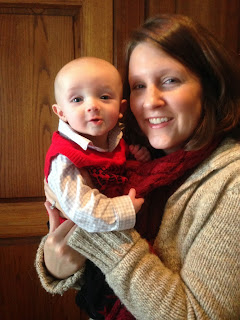 Reagan is hyperaware of Christmas this year.  This is due in large part to our neighbors across the street who opted to place their large, lit-up-nightly tree in their front window about a month ago, prompting Reagan to ask me, every day, when we will have a tree.  Our tree is now up & lit, but at my current rate of five ornaments a day, minus Reagan removing at least one, that's a net of four ornaments a  day, so it'll likely take me until Christmas to get it fully decorated, leaving us two months to enjoy it before I take it down around Valentine's Day.

In addition to Catching Fire, my new niece, & a free latte, my holiday season is off to a rousing start thanks to Michael Buble's Christmas album & the seat warmer in my car; these two things are kind of changing my life at the moment.  I have no idea why I waited so long to purchase Mr. Buble's Christmas album, but oh, that man's voice.  His is simply the best Christmas album.  Ever.  I am aware that there should be an accent mark over the e in his surname, but I don't know how to do that on the computer.  I'm sure it's simple, so if you want to explain it to me in the comments, that would be appreciated.

An additional holiday goodie before I head - -

Go to this link & listen . . . & march around your living room conducting a fictitious orchestra.  This is "March of the Toys" from Babes in Toyland.  Every now & then I reclaim the remote in the living room & turn the TV to channel 834, which, if you're a Comcast household like us, is currently playing Christmas music all the time.  "March of the Toys" is a regular in their rotation & it just makes me so, so happy.