A Month of Sundays

Since last I blogged, Henry has taken the world by storm.  And by, 'by storm,' I of course mean I've lugged him all over the twin cities in his infant carrier while he maintained a fairly consistent sleep/wail cycle, interspersed with occasional calm glances at his changing surroundings. 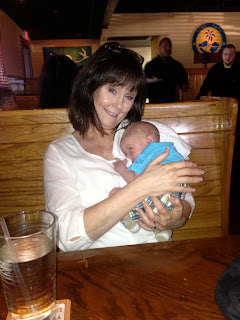 His inaugural trip to Target: 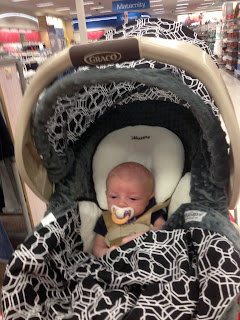 We spent Henry's first July 4th at his Aunt Donna's & Uncle Bryan's.  Between their pool & Bryan's ability to fry fish, there was no keeping us away.  Reagan took to the pool like a champ, venturing far, far from the steps, assisted of course by her flotation device & her Papa: 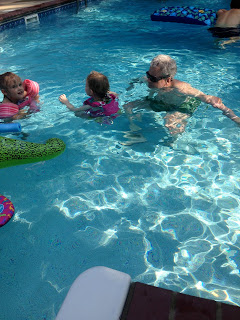 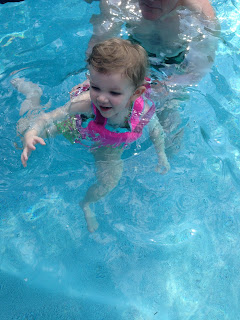 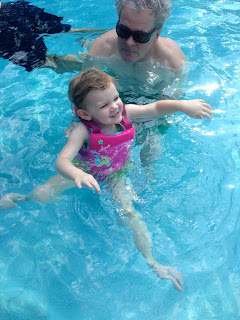 Henry & I spectated.  Henry was unimpressed with his sister's efforts: 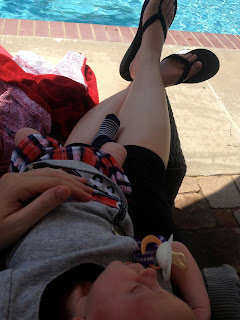 This being Henry's first holiday spent with family, he saw what family gatherings are truly all about: 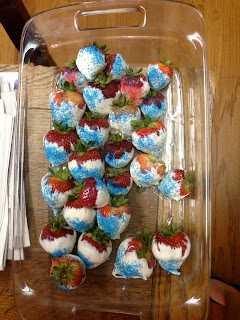 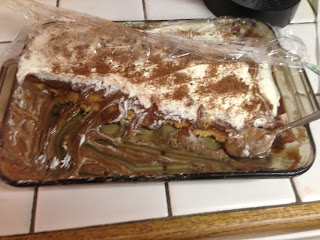 We still spend our fair share of time at the house (I typically need a day to recover from any outing).

I snapped this of Henry the day he was three weeks old.  Obviously he's contemplating his first weeks of life: 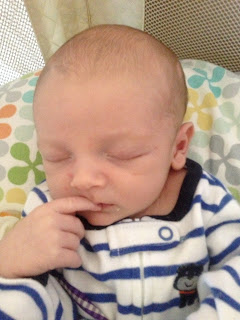 Reagan is adapting well to the big sister thing . . . 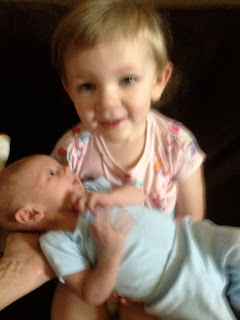 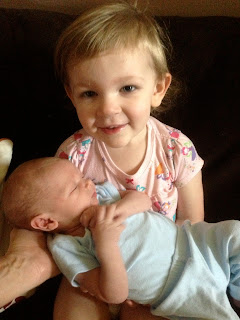 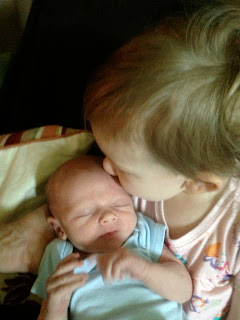 . . . though there are moments she reverts to her childish ways: 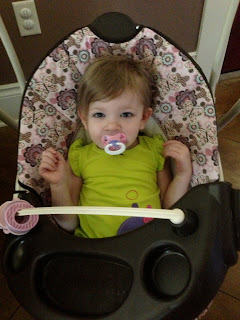 Saturday, the 6th, Henry was one month old.  You may've seen pictures on Facebook, or elsewhere, of infants wearing a onesie with an applique designating how many months of life they're celebrating.  I've seen these too, & had grand intentions of finding some for Henry's _____ month(s) old photo ops.  But that never happened, so Saturday night I did a sweep of the house looking for something displaying the No. 1, & I was rather pleased with myself when I remembered Reagan's number puzzle. 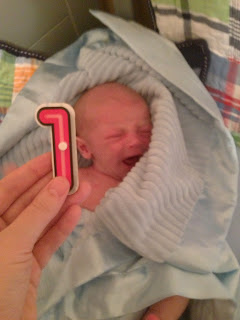 These were the best I got: 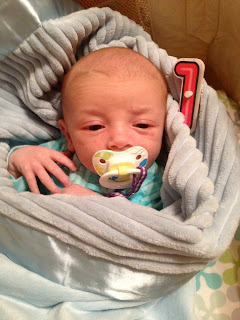 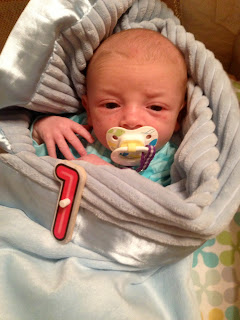 And for comparison, Reagan at one month old: 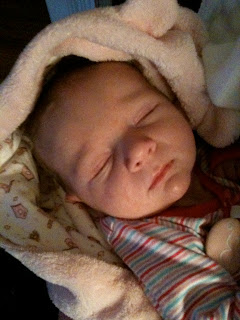 I still have no definitive answers regarding who Henry favors.  His eyes are blue, or they will be, so I am officially the only non-blue eyed member of the family (unless you count Sophie, our dog).  My grandfather had blue eyes, & obviously I carry a recessive blue eye gene that won, twice.

Our adventures in the land of the living have also included trips to church.  After missing four Sunday morning worship services, Henry & I both made it to church this past Sunday.  In fact, all four of us were seated in the pew before service began, with quite a few minutes to spare.  I may've spent all day Monday in my pajamas recovering from the effort, but Sunday was a success.  We even returned for evening services, & some of us used the time to get in the nap no one took Sunday afternoon: 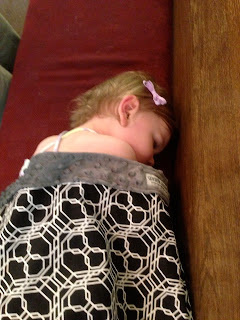 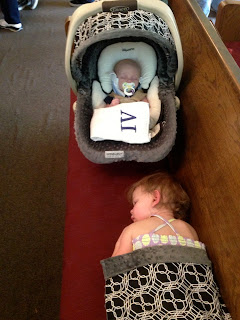 So, Henry begins his march toward one year.  My plan is to celebrate his first birthday in Destin, Florida weighing twenty or thirty pounds less than I do now.  As has been noted on this blog already, I won't be seeing the shore this summer, but please know that when I next sink my toes in the white sand that graces the Destin beaches, copious photos will be shared.  I plan to pack the '1' featured in the above photos & again take pictures of Henry, this time to celebrate his first year.  Maybe at a year old, he will allow the diaper-only photo.