In my younger and more vulnerable years my father gave me some advice that I've been turning over in my mind ever since.

"Whenever you feel like criticizing anyone," he told me, "just remember that all the people in this world haven't had the advantages that you've had."


So begins Fitzgerald's The Great Gatsby. The opening line was selected by the editors of American Book Review as one of the most memorable first lines of novels. The full list of 100 opening lines (Gatsby comes in at #64) can be found here . . . a shout out to #75.

Last Tuesday night I attended what will (surely!) be my last book club gathering with Henry in utero.  We read The Great Gatsby this month & decided to meet at a coffee house to discuss the book & then go see the recently released film adaptation.  Tired as I was, I was eagerly anticipating spending a few hours with good friends, a large bucket of popcorn, & Leonardo DiCaprio (whose Gatsby is, in my opinion, worth sitting through the lengthy film).

What I discovered when I arrived at the coffee house was that my kind & wonderful friends were throwing me a surprise shower.  It took me a few minutes . . . literally, I sat there & chatted with everyone before looking to my right & noticing the decorations pictured below: 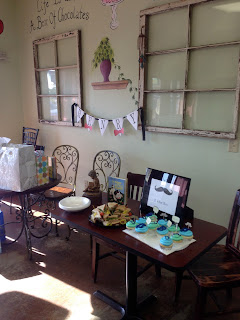 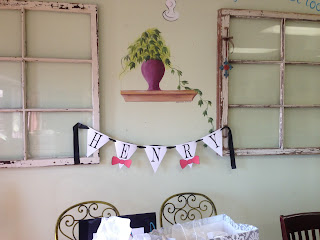 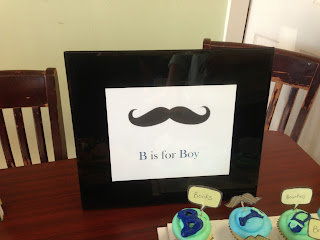 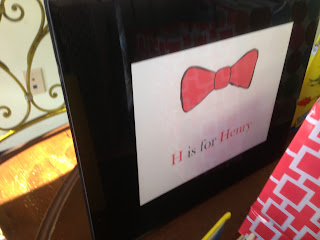 I was given an array of wonderful children's books. While it'll be quite some time before Henry delves into The Great Gatsby, his bookshelf is by no means barren: 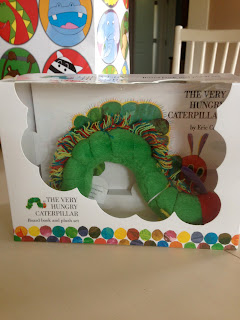 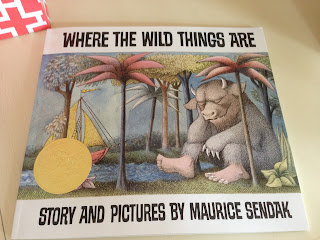 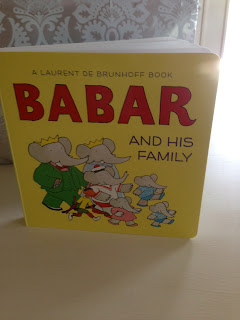 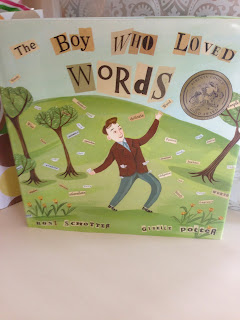 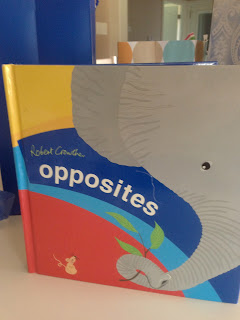 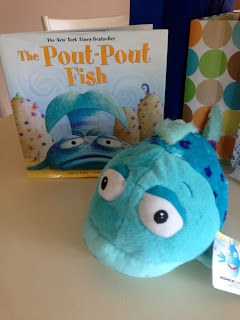 And he'll be reading in style: 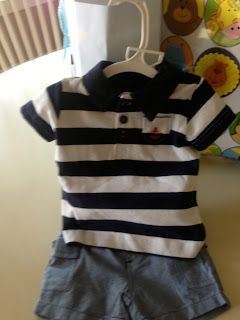 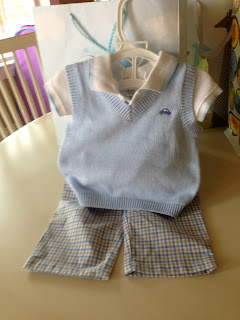 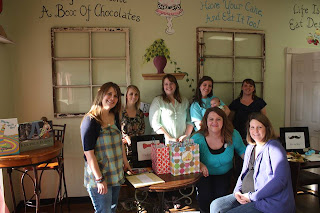 After the eating & the gifting & a brief discussion of Gatsby concluded, we all headed to Tinseltown & sat together in a darkened theater for over two hours during which we were treated to a visual feast, courtesy of director Baz Luhrmann. When I initially learned Luhrmann directed the film, I was a little disappointed. Perhaps best known for directing Moulin Rouge, this man doesn't do subtle. As it turns out, the most annoying aspect of the film for me was a tie between the musical score & Tobey Maguire as Nick Carraway (specifically his voice). Bringing the decadence of Gatsby's world to life is perhaps the one directorial challenge to which Luhrmann's tastes are suited.

Exhausted as I was Tuesday night, I was awake for a long while after returning home. Between heartburn & my inability to get comfortable in any position in the bed, I have a few sleepless hours to fill nearly every night.  I left these two cool cats Tuesday afternoon  -  - 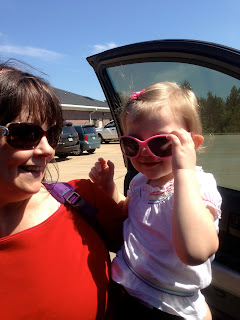 - - & drove away enthusiastic as always to join my book club. I am always so excited to sit & listen to others' thoughts on what we've read & then blather on & on about what I loved & hated about the book. It was with this mindset that I greeted everyone at the coffee house, & probably one of the reasons I was genuinely so, so surprised that their attention was on me, rather than Gatsby. I was ready to talk endlessly about Fitzgerald's masterful use of symbols, & they had children's books & cupcakes planned, but it was a shift I made easily (as most pregnant women can be lured easily with cupcakes).

The reader never learns many details of the specifics of the advantages to which Nick Carraway's father felt his son was privy during his formative years. Few people have had the advantages I've had, & I try to always remain cognizant of that. When I count my blessings, the usual suspects are at the top of the list, but what I fail to mention often enough are the wonderful Christian friends in my life.  One of the books I was given for Henry is simply titled, Opposites. I was flipping through it late Tuesday night & smiled when I thought of my evening - leaving a surprise shower thrown for me & my sweet son to sit with great friends & watch Gatsby's story unfold, a story about selfish individuals who're all obsessed with a laundry list of things that will never bring them happiness. Gatsby is obsessed with his past, & the irony of discussing his story at a baby shower, the celebration of a life not yet lived, was not lost on me.

It's often bothersome to me that I'm bringing two kids into a world that is not all that different from the hedonistic times that typified Fitzgerald's America, a hedonism that is captured perfectly in his prose. While Fitzgerald didn't include such a character in his novel, I am sure there were kind, selfless individuals in his time, as there are now, & I, & my kids, are blessed to be enveloped by a host of them. They mirror Christ in a world that is otherwise stained with sin.

Reagan & Henry, I hope you love to read & always carve out a little time for it. Your Papa, & yes, your mother, will push books on you, so be prepared; you come from a line of book-pushers. Above a love for books, develop relationships with people whose lives you admire, whose goals are similar to your own, & who will surprise you in wonderful ways when you least expect it. Be always aware of how blessed you are, be slow to criticize, & surround yourself with those who reflect the heaven above, rather than the sin below.