We discuss several fallacies, or flawed arguments, one of which every text I've used refers to as the "slippery slope" fallacy.  It's a strategy young children, chronic over-reactors, & numerous politicians often employ.  The premise is that if certain steps are taken (steps to which the speaker is opposed), an inevitable avalanche of dire consequences is sure to follow, consequences the speaker may elaborate on in vivid, harrowing detail.  For example, if we legalize marijuana, everyone will become addicted to drugs & there will be significant societal breakdowns, or, if Roe v. Wade is overturned, women will die in the streets from attempted self-induced abortions.  The legalization of marijuana & abortion are topics on which I've heard countless persuasive speeches, so these examples come readily to my mind.

So, where am I going with this?  You may be aware that there is currently a movie in theaters titled Magic Mike.  I'd read a few murmurings about this film on Facebook, & then saw a preview for it before Trey & I watched Rock of Ages last week.  I haven't seen Magic Mike, but I understand it to be a film about a character named Mike, played by Channing Tatum, who works as a male stripper whose stage name is, I presume, Magic Mike.  Interestingly, or perhaps not, Channing Tatum actually was a stripper before he took to acting.  You just never know when previous job experience will prove useful in future endeavors.


I've been amazed by the response to this film on Facebook.  Last Thursday, there was a smattering of posts in my Facebook feed from women excited to see the film at its midnight release.  This was my first clue that this movie was going to make a splash, for better or worse, as I hadn't been aware there was a midnight release . . . I thought those were reserved for film adaptations of young adult book series & the thirty-something women who're obsessed with them.  You want me out of the bed & in a theater seat at midnight, make Magic Edward, & we'll talk.

A few days into the film's release, the Magic Mike posts have evolved somewhat.  There is still the occasional ecstatic outburst from a woman who just bought her ticket & CANNOT WAIT!!!! to see the film, or a woman who broadcasts her current location in the theater, perhaps typing away on her phone (which is, as any moviegoer knows, a no-no) as Mike works his magic.  In addition to the exclamatory posts, I've noted a steadily increasing number of posts condemning the movie, &, I suppose, the moviegoers as well.  I try to hold my tongue (or my keyboard, I guess) on Facebook, & I haven't responded to any of these posts, but I've been thinking about them a great deal.

The basic gist of the condemnatory posts, as you can imagine, is that Christian women have no business seeing this movie.  Fine; valid point.  The film is rated R, obviously, & one has to assume bombards viewers with image after image of nude, or semi-nude, males.  What I wonder is how many of those posting their (arguably valid) condemnation of Magic Mike saw the PG-13 film The Vow, also starring Channing Tatum and his rear end, or regularly see films rated R that are filled with horrific language (including the Lord's name used in vain), nudity, sex, violence, & all manner of vile situations but just not stripping.

Nudity is nudity whether Channing Tatum is portraying a kind, swoon-worthy husband trying to help his wife remember their life together, or a stripper.  The context in no way changes his bare behind on the screen, nor does the Lord's name in vain sound any viler in an R rated film than a PG-13 rated film, & it's been my observation that almost any language is now permissible in PG-13 films.  I am unsure where the line between PG-13 & R is now drawn, but apparently it's not anywhere near the regular use of the Lord's name as an invective, or Channing Tatum's rear end.

I've been surprised by the reaction to Magic Mike, both from the women who've loved watching it, & the women who declare, with equal passion, that they won't see it.  I keep thinking, it's a movie . . . let's save our fervor for things that matter, like the federalization of health care & subsequent deterioration of the health care system.  The slippery slope notion popped in my head as I waited for the inevitable This movie will topple our nation, or Magic Mike has changed my life, or some other such nonsensical post.  I don't think there will be a nationwide epidemic of women flocking to strip clubs, or men who decide stripping is their destiny.  At most, perhaps a few male strippers will be encouraged to pursue acting.  The concept of the film is quite the role reversal, which I suppose is one reason people (okay, women) are having such strong reactions to it.

R rated movies are released every day, & Facebook remains calm.  Films containing nudity are released every day, & life continues to move.  It's not that there is male nudity in this R rated film that has people reacting; it's the stripper twist.  It's something different, & some women are responding with glee & enjoying raucous girls' nights, while others recoil.  Both groups have me a bit befuddled given that I'd venture to guess these same people routinely see films in which nudity, sex, foul language, &/or violence are featured.  If you're in the condemning crowd, I understand your argument, but consider the reasons why you refuse to see Magic Mike & keep those in mind every time you go to the movies, or watch a movie at home, or flip through the TV channels.

Were I to see Magic Mike, I imagine my biggest gripe would likely be the lack of plot from which I am certain the film suffers (or the absence of something cool, like vampires or an arena where kids kill other kids while people watch with glee).

A final note about a slippery slope: Since the events of last Thursday, I'm convinced there is no hope for our nation . . . all right, maybe not, but I am constantly reminding myself that this nation has faced dark times in the past & emerged on the other side with renewed vigor.  Women flocking to Magic Mike at midnight isn't nearly as concerning to me as the deterioration of liberty, & in fact, ironically, the freedom to see a film like Magic Mike isn't something women in some countries around the world enjoy.

Quoted below is an excerpt of Thomas Sowell's explanation of the travesty that unfolded last Thursday, & the enormity of the betrayal from which all Americans should be reeling.  Referring to the actions of the Chief Justice of the U.S. Supreme Court, John Roberts, he states:

What he did was betray his oath to be faithful to the Constitution of the United States.

Who he betrayed were the hundreds of millions of Americans — past, present and future — whole generations in the past who have fought and died for a freedom that he has put in jeopardy, in a moment of intellectual inspiration and moral forgetfulness, 300 million Americans today whose lives are to be regimented by Washington bureaucrats, and generations yet unborn who may never know the individual freedoms that their ancestors took for granted.

I presume Thomas Sowell has no opinion of Magic Mike. 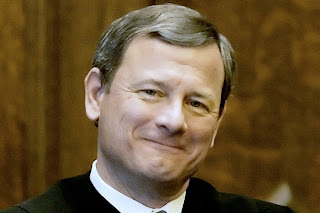 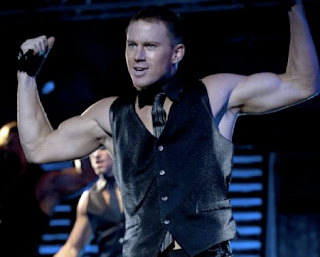 I've reached the point that I'm convinced male strippers could do as good a job protecting & defending our Constitution as some of the supposed scholars who currently occupy the nation's highest bench, & I bet they'd look much better in the black robe.

I hope everyone has a fantastic Fourth of July.  Pray for our nation; pray for the upcoming November elections.  I am under no illusion that Mitt Romney has all the answers, but I'm reminded daily that Obama has none of them, & scarily the balance of power our founders set up to keep one branch of government from running roughshod over the people is currently defunct.  Pray for the election of men & women who believe in the sovereignty of the individual, & who are committed to reducing the size of the federal government that, at present, seems determined to suffocate individual liberty.

The nine most terrifying words in the English language are, 'I'm from the government and I'm here to help.'
-Ronald Reagan

Pray for the election of men & women who don't want to help, but to clear the way for Americans to help themselves.  We've already had all the help we can afford.

I hope one of the tougher issues Reagan faces when she's grown is whether or not to see a movie about male strippers; odd as it may sound, that would be an America I'd recognize, & at this point, welcome.