A Tree Grows in Reagan's Room

The walls in Reagan's room have been blank since we moved into our house a month & a half ago.  Like children, blank walls are both intimidating & exciting, & for the same reasons: a fresh start is invigorating, but it also comes with the responsibility of making the right choices.

I have a few shelves and some pictures of Reagan I want to hang in her room, but I can't decide exactly where, & each time I've come close to putting hammer to nail, I've chickened out.  Figuring out how to arrange her wall decor is problematic since anything hung over her crib would become a projectile sooner or later.

Last week, I found a suitable option for her crib wall at Target.  These decals have become popular for use in children's rooms, and for good reason.  They are inexpensive & can be removed & reapplied with no damage to the wall - decor for dummies, if you will.  As an added bonus for those who are craft-challenged, like me, it's almost impossible to mess these up.  I work with words, not tangibles.

This is what the tree looked like before I painstakingly followed the numbered directions: 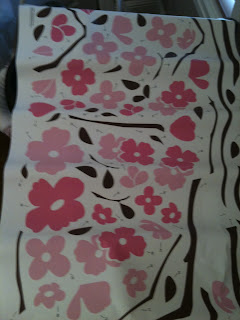 The finished product . . . a tree that sprouts up between her crib & nightstand: 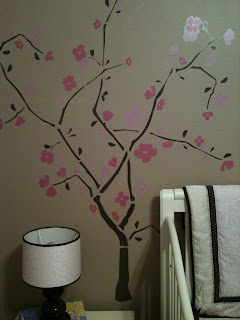 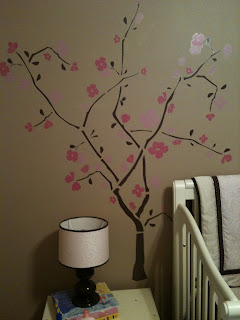 The whole time I was peeling & sticking, I was thinking about Robert Frost's poem "Birches."  When I was a junior in high school, my English teacher put our class in groups & assigned each group a poem to analyze, & then explain to the class.  We were the 'honors' English students, so she was doubly disappointed (& told us so) when we gave our presentation & basically said very little about the poem in several roundabout, verbose ways (a skill you hone when you go on to college & major in English).  I can't 'tag' people in my blog posts the way you can tag someone on Facebook, but if I could I would now tag Brandon Smith & Chandler Harrod (wink, wink).  Brandon is now Dr. Smith, & Chandler works as a recording engineer for Capitol Records in Los Angeles . . . I am guessing neither has given thought to the meaning of "Birches" lately.

I've returned to the poem several times since our epic failure to analyze it in high school.  Basically, the poet is musing about the reason the limbs of the Birch trees bend, bowing, if you will, toward the Earth.  He acknowledges the true reason is because of ice storms, but likes to think it is because rambunctious boys have been swinging on the branches.  He was, he states, "once a swinger of Birches," & he goes on to ramble about his boyhood days.  He sees climbing a Birch tree as a means of temporary escape from Earth's troubles, but doesn't wish for a permanent reprieve, because "Earth's the right place for love."  I guess if I had to pick a theme for the poem, it would be something like "stay grounded" . . . maybe.

It's not Frost's best poem, in my opinion.  I remain unsure of why it was chosen for our class exercise.  I appreciate & often enjoy tree imagery & symbolism; literature is wrought with it, & it makes a notorious appearance in the opening book of the Bible, but Frost could have done more with "Birches," so I place part of my eleventh grade shame at his feet.  If Reagan is ever required to analyze "Birches," I am ready.

Reagan's tree went up on Monday . . . Tuesday, of course, was Valentine's Day, & there was some stiff competition for my affection: 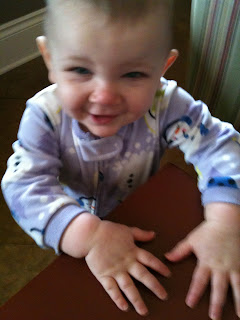 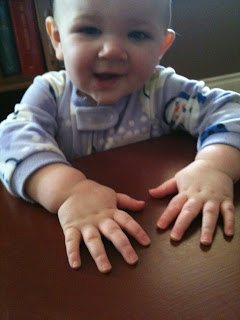 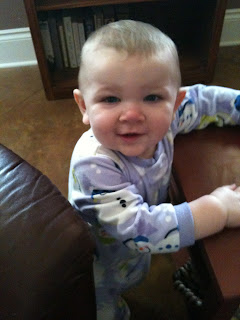 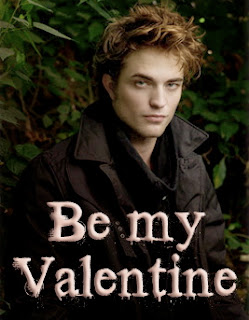 Around noon, I received an email from Trey that contained this link.  If you didn't know, the NRA's annual pow wow will be held in St. Louis this year.

I wasn't sure if an invitation to attend the event was part of my Valentine's gift, but he made it all better when he arrived home later: 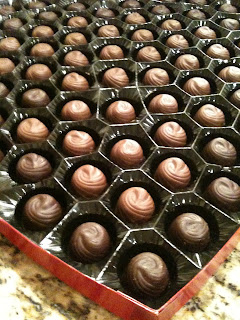 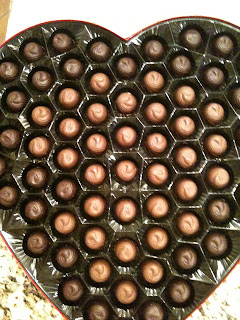 Aside from the large heart-o-chocolates, I enjoyed a full night of Valentine's sleep (while Reagan slept peacefully beneath her tree), which was something I only dreamed about last Valentine's Day when this one was typically wide awake for long stretches during the night: 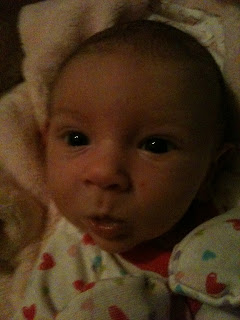 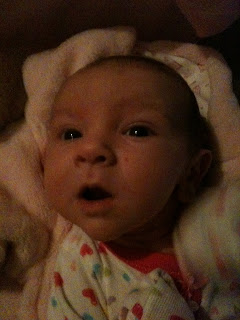 Poetry is more meaningful, coffee is hotter, chocolate is sweeter, & the trees (both figurative, literal, & decal) are greener when everyone is getting sleep.