Weekend excitement over & her daddy still traveling, Reagan grew bored with Jessica & the pups & I. 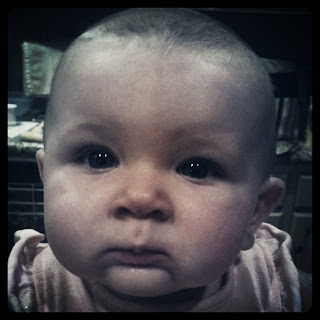 So we took her to the grocery store . . . where she remained pretty nonchalant about everything. 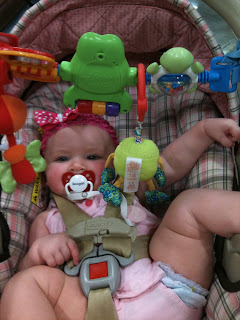 We decided to take a break from Newk's & do a little cooking.  I suggested enchiladas.  I was eager to make them the way I like them, with tomato & sauteed onion chopped up & added to the sauce (Trey doesn't eat either of these things, but he loves rotel dip.  Go figure).  Jessica wisely purchased some cilantro that we planned to mix with the tomato & onion to make pico de gallo.  Cilantro deceptively looks like a bunch of leaves, but it is AMAZING: 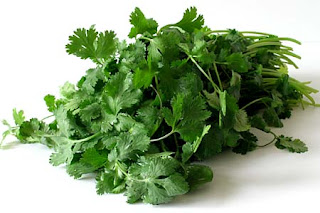 I chopped up the tomato & onion, & Jessica washed the cilantro.  My mom has a food processor, but it looked incredibly complicated to operate, so Jessica mixed the 3 ingredients in some sort of small chopping appliance that sparked a conversation about how a Magic Bullet might actually be useful.  Aside from Reagan's babble & the pups yapping in the background, you'd have thought we were filming an infomercial.  The finished product: 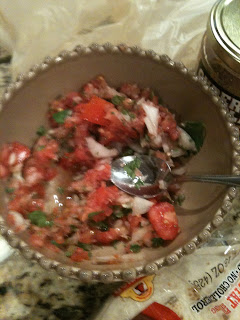 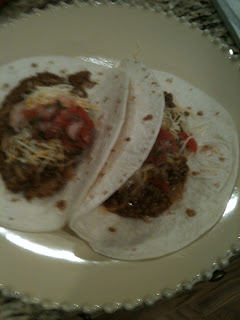 I think 'officially' pico has some lime juice in it, but ours was fantastic with just the tomato, onion, & cilantro.  Maybe it was the cilantro, or maybe it was the pureed bananas she ate, but Reagan's somber mood lifted after dinner: 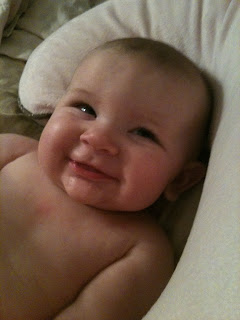 Wednesday Reagan had two harrowing experiences: 6 month shots & her first trip inside the illustrious Monroe Regional Airport.  After a brief nap following the shots, we headed to the airport.  We passed the construction on the new terminal, found something that resembled a parking spot among the debris, & waded through a few puddles on our way inside to wait for her daddy.  We had fun choosing which chair upholstered with fake torn leather we would sit in, & opted for the one that appeared least sticky.
Below: Reagan waiting, wondering what was so important that I interrupted her nap (note the wall of translucent cubes behind her that are meant to give the illusion that you're in a 'real' airport). 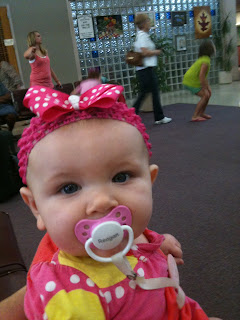 Thankfully we didn't have to wait long (b/c it's not like there is anything to eat or a bookstore to browse): 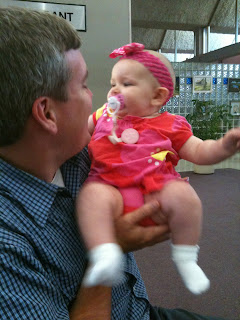 (Do not let that 'Restaurant' sign behind Trey's head fool you!  Quite the misnomer). 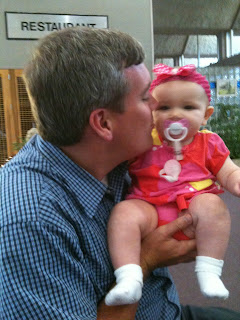 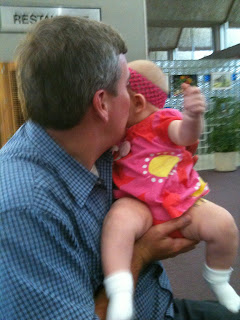 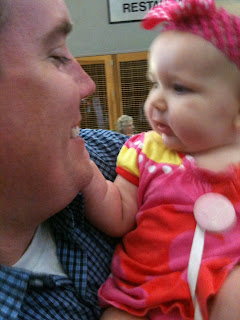 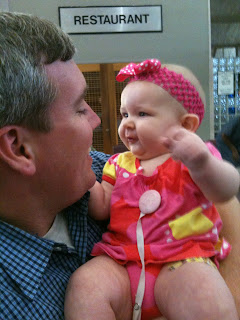 Luggage loaded & Reagan buckled in again, we decided to go to Newk's for dinner.  Ok, I decided we'd to go to Newk's.  Hey, I love it.  Once seated, Reagan made quick work of her band-aids from her shots. 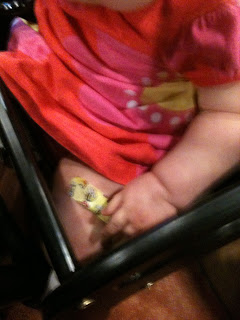 I was hoping to eat some of their Chicken Tortilla soup.  It is delicious, probably because it is generously garnished with . . . cilantro.  Unfortunately, Chicken Tortilla is not one of the soups they serve on Wednesday.  I opted for a crab bisque instead, which was palatable, but no cilantro.  Despite the shots, the shoddy airport, & cilantro-less soup, Reagan & I were happy to have her daddy home. 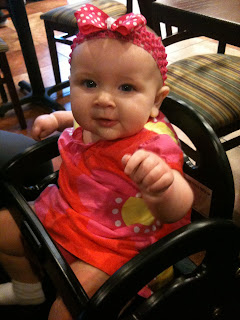 On another note, cilantro is sold in large bunches, so if you know of a good recipe or dip that requires it, please feel free to post it on mine or Jessa's facebook.  It's too fantastic to waste.  Thanks!
AZ
Posted by AZ